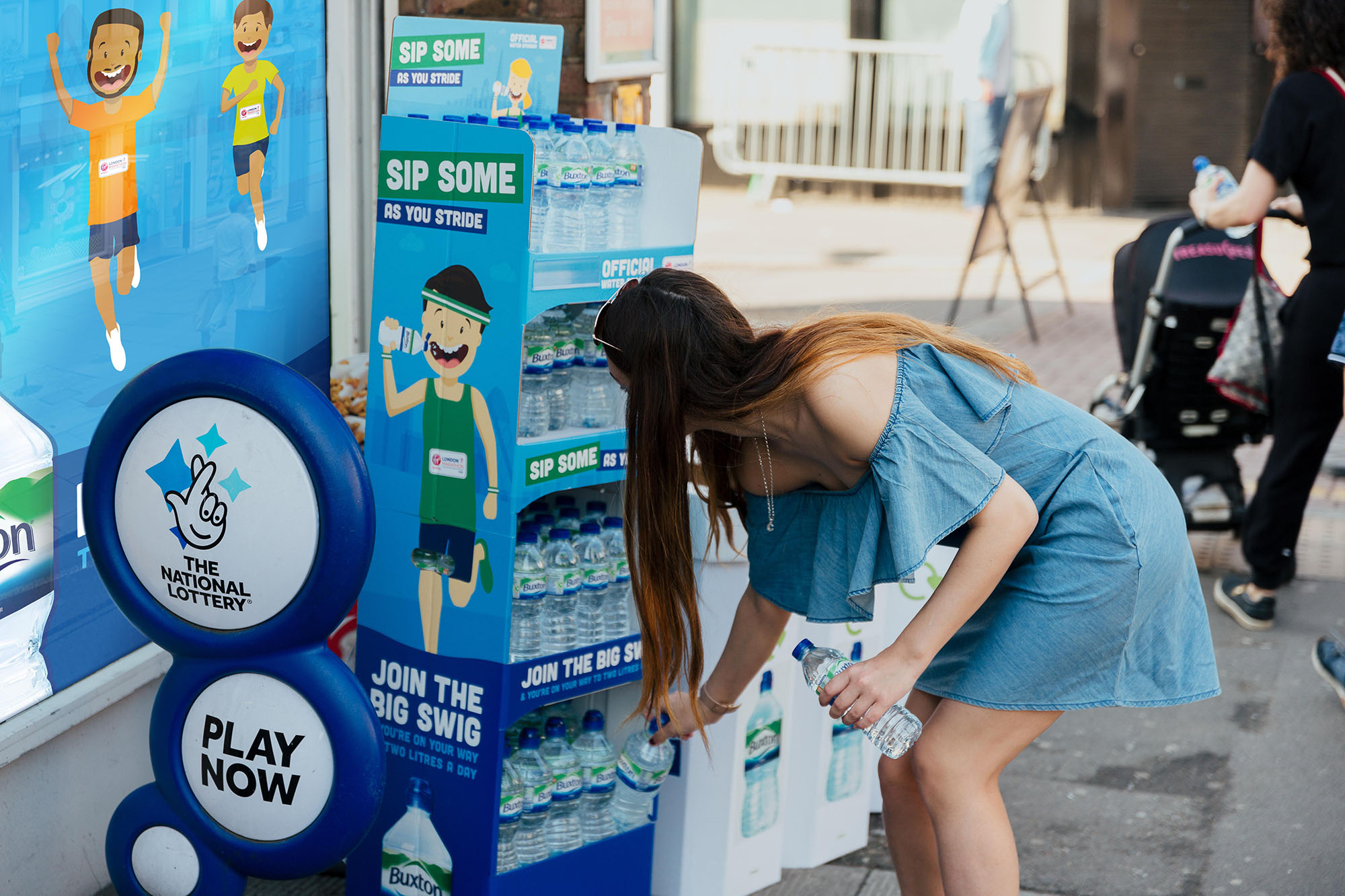 London Marathon runners were given a splash of inspiration by a water brand’s promotion as they fought searing temperatures to complete the record-breaking event.

With the mercury rising to make this year’s iconic endurance challenge the hottest on record, Buxton was on hand to transform a Nisa store in Trafalgar Square into a hydration pit stop to keep spirits – and water levels – high.

The store, which is on mile six of the route, was transformed into a water station complete with marathon-themed displays, bunting and floor stickers to celebrate Buxton’s partnership with the London Marathon.

The drinks were gratefully glugged by spectators and passed on to runners as they continued their gruelling quest to reach the finish line.

Not only did the store’s new look provide a great place to grab a bottle, but the promotion also helped to draw more people to the store.

“It was great to see the store transformed and spectators coming through the door, thanks to the eye-catching POS and offer of water to keep them hydrated as they cheered,” said store owner Mans Kanji.

“It’s the busiest the store’s ever been on marathon day and thank you to Buxton for all the material provided for our store.”