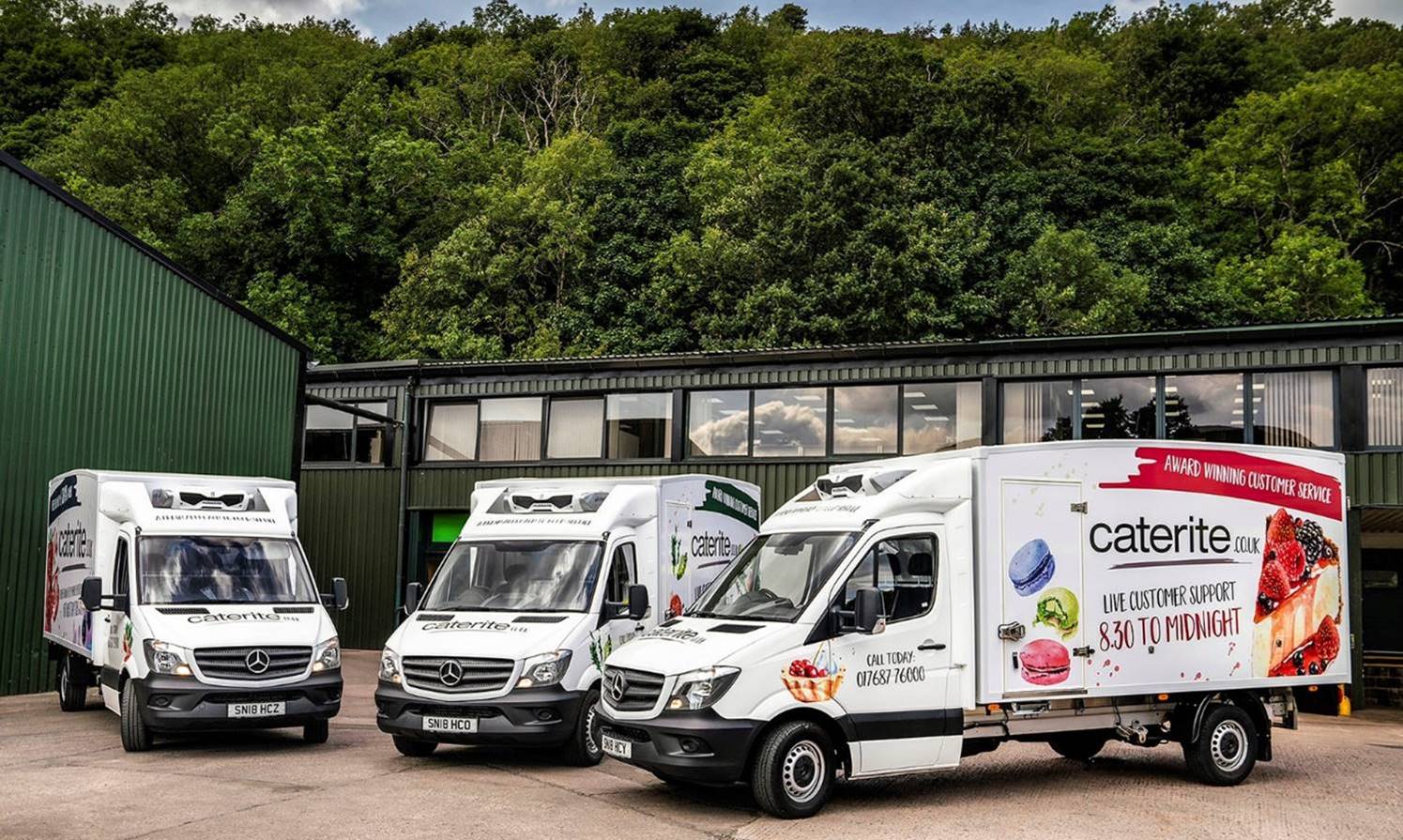 On the road to success

A foodservice wholesaler received special recognition at a national event thanks to its eye-catching vehicle design.

Caterite Food & Wineservice appeared on the shortlist for the prestigious Livery of the Year accolade at the Motor Transport Awards – although the Cumbrian company didn’t quite manage to take home the honours.

Despite falling at the final hurdle, Caterite’s 12-strong fleet of Mercedes-Benz vehicles won praise for “moving away from a traditional, corporate look, to a colourful, variable design that employs different images on different vehicles while maintaining uniformity”.

The Cumbrian wholesaler was especially pleased with the achievement considering its relative size compared to fellow finalists, with one judge saying that Caterite demonstrated a strong, strategic approach to the redesign and produced a “great and striking update”, while another said the design was a “creative expression of the company’s services executed in the design”.

It was a proud moment for Caterite’s Creative Lead, Hannah Moran, who was the brains behind the design.

She said: “We’ve been receiving a lot of positive feedback about our updated branding, which matches our company ethos in being young, creative and fun.

“A customer at a farm shop in Penrith complimented us recently on a ‘fresh look which is unlike of other suppliers’, while one of our drivers says his grandchildren think the omelette pictured on the side of his Sprinter looks good enough to eat.”

For Caterite Transport Manager Matthew Scott, getting on the award’s shortlist was the cherry on top of the cake, after making significant investment in the vehicles and is pleased they’ve become instantly recognisable across the Lake Districts and south-west Scotland.

“Twelve vehicles represent a significant investment, so it was not one that made lightly,” he said. “We did consider a couple of other makes of van and even tried a demonstrator at one point, though it was quickly discounted as it didn’t cut the cut the mustard. I doubt very much that it would have lasted the course.

“Ultimately, our preference was always the Mercedes-Benz Sprinter because it’s a tried and trusted workhorse. The roads in this part of the world can be pretty challenging – many of them were built for horses and carts, rather than motor vehicles – and we use our vans pretty intensively for eight years and more, during which they’ll typically cover 50,000 miles a year.”