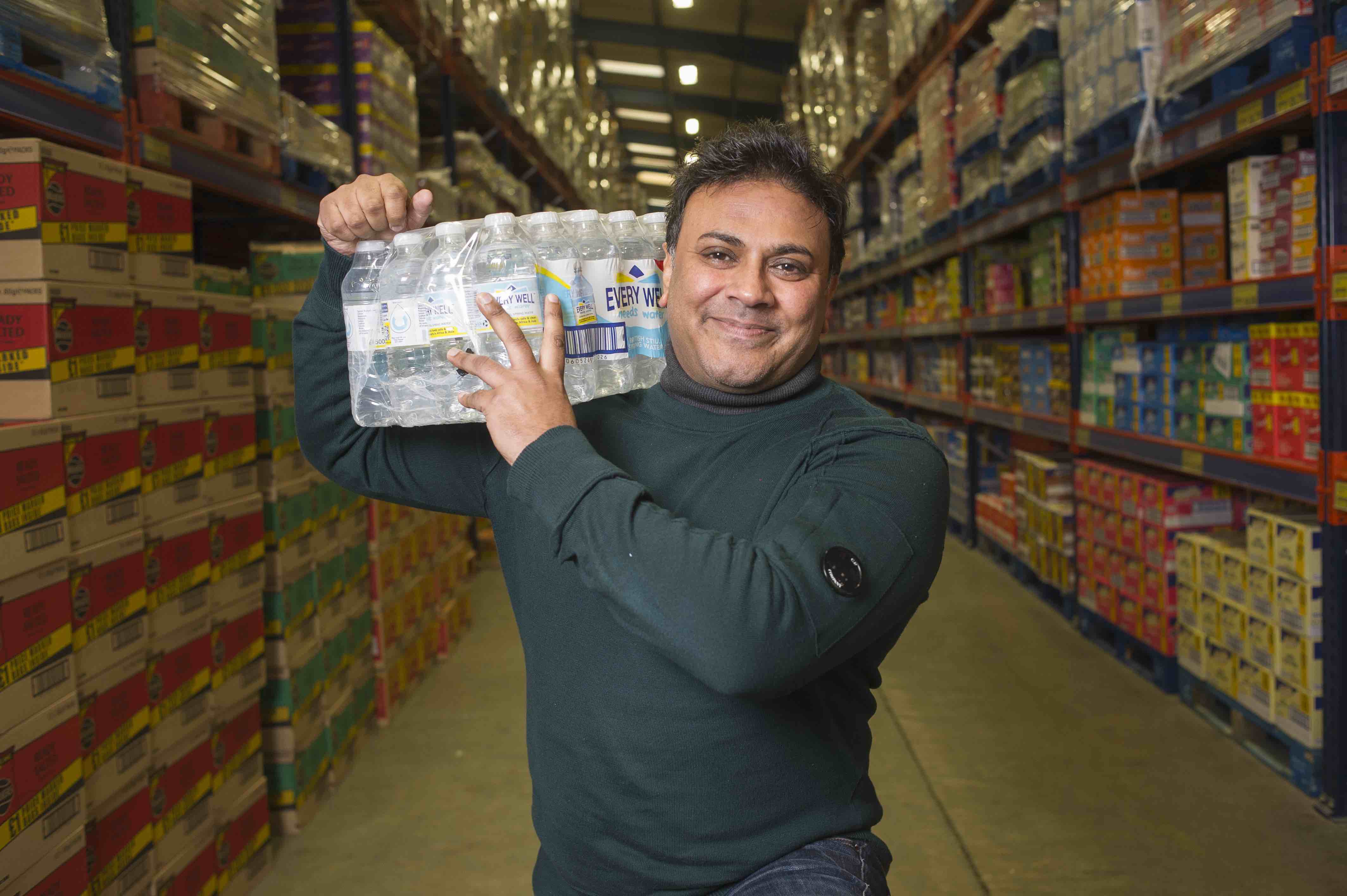 Sony Bihal lasted barely a month at university. The future Time Wholesale Services (Time) Managing Director spent only a few weeks at Kingston University London before deciding it wasn’t for him.

After spending his formative years helping his older brother build a market-trading business, Bihal couldn’t wait to start forging his own career path in the big, wide world. After getting a taste of life in lecture theatres, he knew it was time to take the plunge.

“I started off at uni for a few weeks, but I’ve always been involved with businesses with my family. One of my brothers suggested I got involved in business instead and the journey started from there,” Bihal recalls.

“When I left university, I went into road haulage and that took me into building contacts with wholesalers, and as I built wholesaler contacts I found an appetite for the on-trade. From there I started doing my first deliveries out of a Peugeot 106.”

More than 20 years on and Bihal’s decision has served him well. His business, Time, has grown at such an extent that it moved into new, larger premises in Rainham earlier this year, despite stories suggesting conditions are harder than ever to succeed in the industry.

But with staunch business beliefs in getting the basics right and a keen eye for picking the trends to adapt to, Bihal – and older sibling, Nev, who is his business partner – have cultivated one of the industry’s most well-respected independent businesses.

Just a few minutes in Time’s cash and carry reveals the foundations the success is built on. The aisles of racking are immaculately clean, faced up as though they were in a retail store, and friendly staff are ready to greet customers. A service desk is also on hand for any other queries, while dedicated tobacco, alcohol and chilled sections show off the products out of their boxes on pristine shelves fit for public use.

“I probably suffer from OCD because I like to have perfection,” Bihal jokes. “The journey we try to create is one you’d expect if you were shopping somewhere [in a store].

“I never take anything for granted and always make sure we’re well merchandised and well priced, and meeting the needs of the customer. We think about what the customer journey will be when they’re in the building.

“It’s always been our approach. I’ve always said that you can’t build your business unless you’re doing the simple things right: making sure the building is well presented, very clean and tidy, and it’s well priced and everybody understands what’s going on.”

Beneath all the sheen of the depot, which opened its doors this summer, there’s a gritty attention to detail that means Time is more than holding its own in a fiercely competitive region on the outskirts of East London.

With a host of other wholesalers in the vicinity, picking a clear point of difference is crucial in a sink-or-swim environment. Bihal’s commitment to that cause knows no bounds. To ensure the new cash and carry was in peak condition for opening, he took six weeks out of work to fill the shop floor and get the merchandising just right – setting the standards for everyone else to follow.

To top it off, seven large displays sit on the end of each aisle to remind employees and customers alike of Time’s pillars of business.

“They are the seven key things we offer to customers,” Bihal explains. “You can never get off your base offerings, which are great deals, value, having everything under one roof and making it available fast. They’re the first things customers need.

“After that, you look into things like serviceability, offering credit facilities and making it as easy as possible for customers, which is why we invest so much in digital. We provide click-and-collect services and delivery because people don’t want to leave their stores for long and that investment is what captures the extra basket and loyalty.

“Once we make sure our platform is correct and offering the right services, we drive the message and support stores to sell more product because that’s what everyone wants. We’re involved with Lifestyle Express and have a retail club, and we’re out there helping retailers in their businesses.”

Time’s approach is to treat their customers like consumers, and Bihal audits the business weekly to make sure to ensure standards remain high, pricing is right and there isn’t as much as one label missing from a shelf edge. That level of pride filters down into his employees, who are well versed in what is expected of them in the business.

That extends to Time’s online channels too, with its e-commerce website and app designed in a “consumer model rather than asa wholesaler” according to Bihal. And with digital one of the key focuses, e-commerce is fast becoming a glowing example of how to get it right, with the current potential of putting 250 items in an online basket in just four minutes likely to increase further.

After deciding he wanted the business to show how much it cares for the environment, the 44-year-old launched a charity, Every Well Water Foundation, a few years ago.

The cause aims to build wells, taps, pumps and toilets in Africa and Asia to provide clean drinking water for struggling communities, and installed its first pump at a school in Queenstown, South Africa last September. The charity’s own-brand bottled water has high-profile end-bay positions in the depot, encouraging customers to invest too.

“One of my ambitions five years ago was to open some sort of charity and I came across the water crisis, which I couldn’t believe the scale of, with 840,000 deaths a year as a result of it,” Bihal tells Wholesale News.

“What I wanted to achieve was using the industry of fantastic wholesale brands, suppliers and customers to create a channel activity. The whole project of Every Well Water Foundation is about driving awareness of the crisis, with the gala dinner we do every year, charity events and the water. We’re also bringing out hand wash and hand sanitisers next year, and have more than 90 donation boxes in stores and aim to get to 300.

“What we do as a charity is source projects from around the world and fund them, so work as a middle person – like a wholesaler. I keep the cost at zero as everyone in the business is behind the charity: the finance team, marketing and operations are involved, so we’re doing the work as we go along.”

In 2018, Time enjoyed growth of more than 30% and with marketing now a big focus, Bihal has pledged to grow the customer database from 1,320 to 3,200 and increase the number of SKUs to 15,000 as he aims to provide a range that allows his diverse customer base to do at least 80% of their shop at Time. If those plans are a success, Bihal’s aim is to see turnover go past £100m.

As a former Landmark member, Time’s future will be impacted by the Unitas merger, as terms and concrete plans are finalised as the super buying group gets up and running. Bihal was a vocal sceptic of the deal initially, but admits his views have changed since the business began trading in November.

“I felt Landmark performed well. We were all doing well as wholesalers with Landmark and I was concerned what the income is sharing with a bigger group. We’re still working through, but we’re on the right path.

“My other concern was making the group too big. Will it have the same concentration that Landmark had with its members?

However, on that side, I like the way Unitas is breaking it down into sections: retail, on-trade, foodservice and specialists, so each get more focus, which is better for everybody.

“Darren is a remarkable bloke and the vision of what he sees is correct in supporting the wholesale channel and I think he’ll achieve that – but wholesalers will need patience because it won’t happen overnight.”

But if there’s one thing Bihal has, it’s Time.