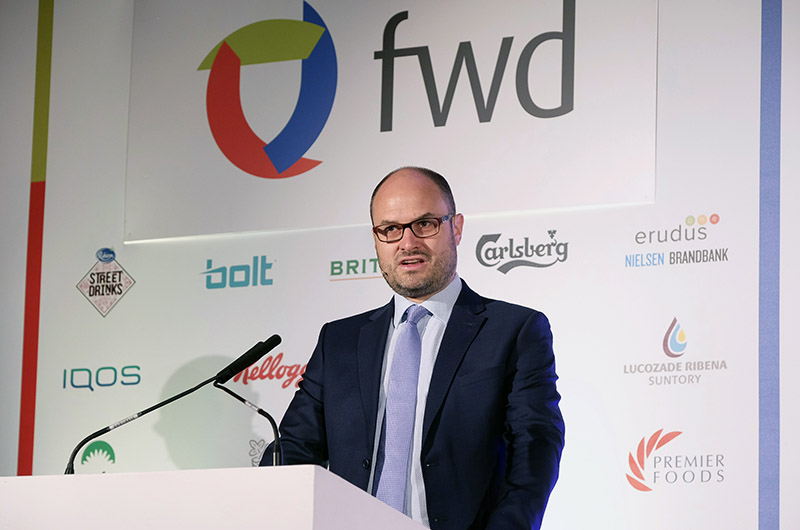 FWD duo on the bill at The Savoy

Bielby and Selley on the bill for Arena Brexit debate

A host of industry experts are taking to the stage to discuss Brexit at an event hosted just nine days before the UK’s departure date from the European Union.

FWD Chief Executive James Bielby and Bidfood Chief Executive Andrew Selley (who is also FWD Chairman) will be joined on stage by CEO of UKHospitality, Kate Nicholls, at the event called Arena Savoy Lecture: A view from the top.

Taking place on the evening of Wednesday 20 March, the event at The Savoy in London will be focusing on the latest Brexit developments and will debate what it means to the industries within it.

The night will begin with Nicholls looking at the hospitality sector, before being joined by Selley, who will share his opinion on issues surrounding Brexit and the challenges that wholesalers are facing as a result.

Later, the debate will open further to introduce Bielby, who is chairing a panel discussion that includes Ten Entertainment CEO Duncan Garrood, and Founder and CEO Peter Borg-Neal.

“We’re thrilled that Kate Nicholls is presenting the Arena Savoy lecture,” said Arena Director, Lorraine Wood. “Given the enormity of Brexit and the uncertainty surrounding it, there really is no one better to address hospitality professionals at this time.

“We’re in uncharted and confusing territory and Kate’s insight will be valuable to everyone in the industry.

“Add to this the views and expertise of other industry leaders, and attendees will have plenty to take back to their own businesses about the challenges and opportunities ahead. Like it or not, Brexit will impact us all, so this really is an unmissable event for all hospitality professionals.”

For further information and to book tickets, go to arena.org.uk/event/3661