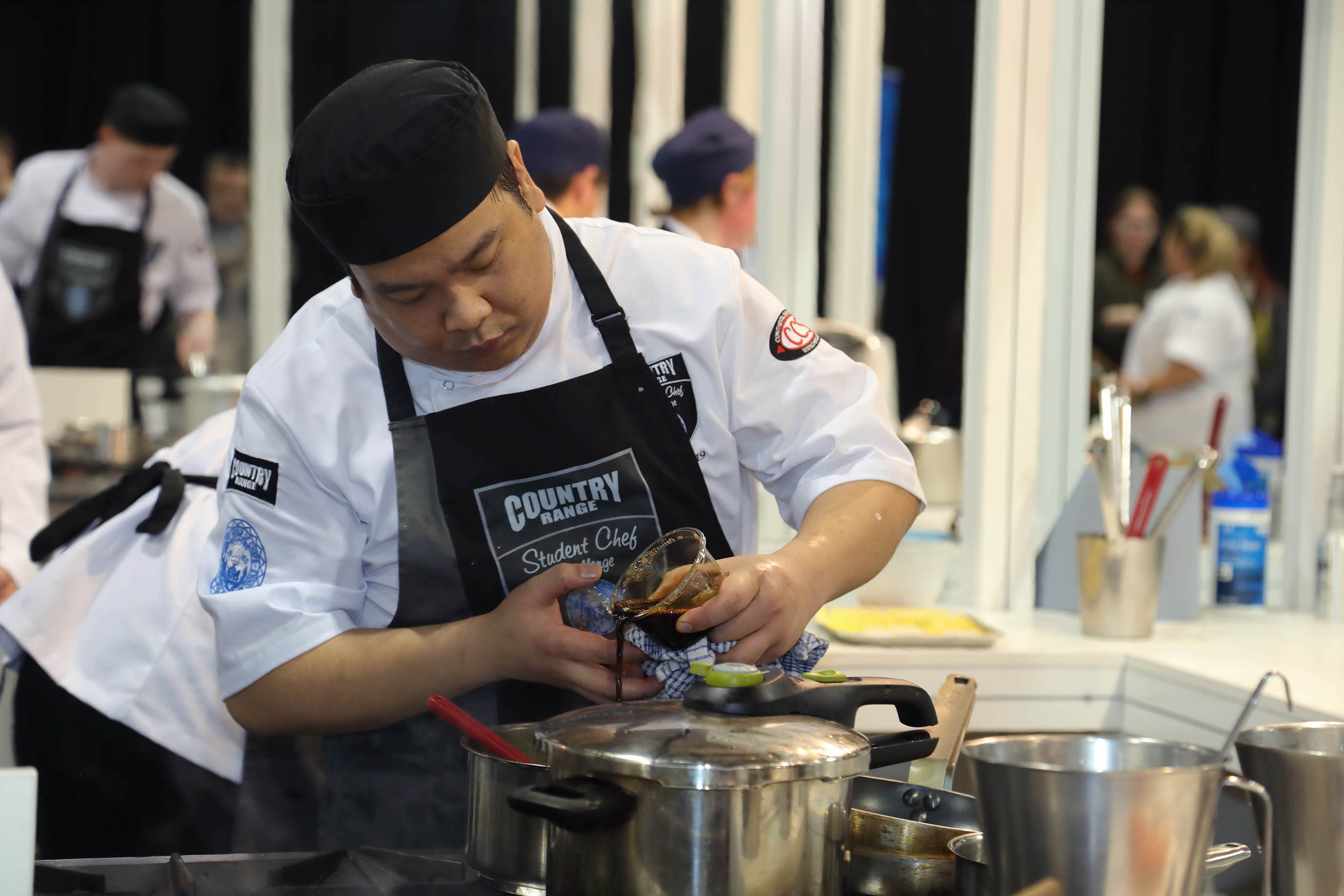 Defending champions City of Glasgow College stormed the kitchen to retain their title at the Country Range Student Chef Challenge.

The Scottish students were triumphant on home soil as they kept an iron grip on their crown at the competition’s final held during ScotHot at SEC Glasgow.

The competition, which pits teams of college students from across the UK against each other, saw young chefs Alan Coats, Ance Kristone and Andreau Talla take the title – finishing ahead of Loughborough College and Carlisle College in second and third place respectively.

Studied under the watchful gaze of Craft Guild of Chefs judges, the victorious Glasgow team pipped the competition thanks to their supreme skill and precision, as well as high-quality flavour and presentation.

“As we expected from the final, there was a fantastic array of skills on show, from traditional and classic cooking methods to newer techniques and ingredients,” said Craft Guild of Chefs’ Chairman of Judges, Chris Basten.

“Each team can hold their heads high at a fantastic job done as cooking a three-course, four-cover menu in front of a live crowd under strict competition standards is no mean feat.”

The winning trio won a day’s work experience at a Michelin-starred restaurant and a foodie tour in London.

And the winners will hope to follow in the footsteps of some prestigious former champions, who have gone to earn top jobs in the industry following success throughout the competition’s 25-year history.

Country Range Marketing Manager Emma Holden, who organises the challenge, said: “All the teams who made the final can be incredibly proud of themselves as, from today’s evidence, the UK’s professional  kitchens are in safe hands.

“With our industry already facing a skills shortage, cooking competitions are vital, as not only do they help raise the profile of the industry and prepare students for a future in professional kitchens, but they also showcase the fantastic student and lecturer talent around the UK and the brilliant catering colleges they’re associated with.”

Read April’s edition of Wholesale News to check out our behind-the-scenes feature on the Country Range Student Chef Challenge.