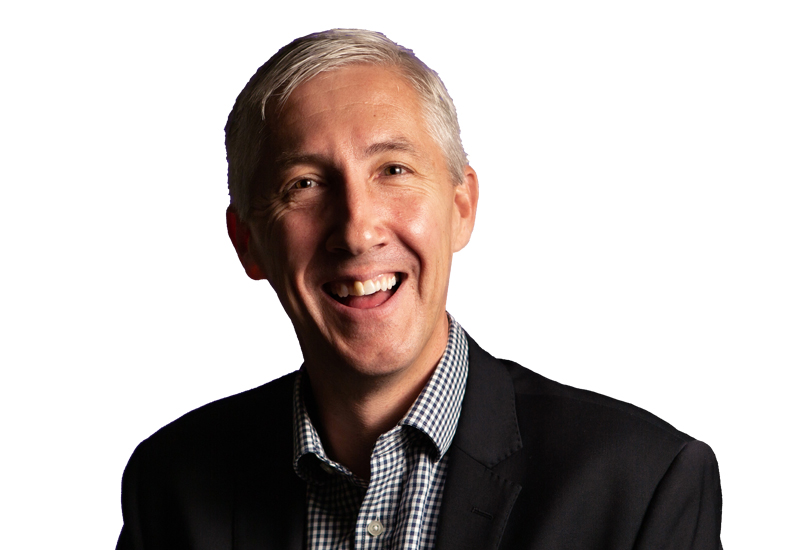 How have the early months since the merger been?

I’ve genuinely enjoyed it. I always compare it [the formation of Unitas] to Brexit to show what we’ve achieved in that time. Brexit was announced two years ago: we don’t have a deal, we don’t know what the backstop is, we don’t know what the forward plan is, nobody can articulate a benefit, and it doesn’t appear to have strong leadership. Unitas happened just over four months ago.

We’ve got a huge amount of incremental new growth deals with our suppliers, we’ve reformulated our head office, we’re restructuring the team, we’ve published a new membership structure to bring two into one, we know what our plan is and we’ve spoken to suppliers about some proof points. I actually feel we’ve done quite a lot in the first four months.

Despite all that, is there a lot of work still to be done?

Now my job is to marry up the expectations of wholesalers and suppliers. The sweet spot is when you’re challenging both to the point that they respect you, but don’t often like what we say. We have to challenge suppliers because we want more, but equally they want more in return.

So, I’ve got to go back and challenge the members to do more. The healthy challenge we’ve had is that we want suppliers to bet on us and give us their support for more growth, which is challenging at times. But if we can show the proof points along the way, generally people are seeing there is some progress.

Both sides have got to give a little bit of ground in order to make sure they both get something out of each other that they actually wanted. You’ve got to think that a member pays to be a member and a supplier invests to go through Unitas as well, so if we can’t give them a decent return, they won’t want to invest. My job is to increase that return on investment for both parties.

Are getting the supplier negotiations completed the big priority?

Suppliers clearly want to improve return on investment and pretty much everyone will say there’s more to be had, but you’ve got to do more for it. Those discussions have got to start to achieve more, but I’d say the general reaction from the supplier community has been really positive.

Nobody rolls out the red carpet and says we’ll unconditionally give you access to our bank vault, but what they do say is that they want the independent channel to work and they’re interested in the specifics of what that means – and we need to paint a road map of how to get there.

We’ve got some suppliers where we’re not at the right relationship, but I’d say we’ve definitely got it at 80/20 and have got the critical ones on board.

What lessons have you learned since Unitas began in November?

Above anything else, it would be to not assume things have been understood, even if they’re very clear to one party. A classic example is when I talked about this buying group to selling group journey, it alienated a few wholesalers in the short term because they felt we’re there to buy.

When I explained that in order to fulfil that function as a buying group, we have to change our articulation of how we sell that product onwards, they fully understand. My learning has been to make sure that everybody is on the same page and double check that.

How do you intend to do that?

The hardest thing is that we don’t physically get in front of the 179 members that often. There’s something very important about human interaction, whether face to face or by video – seeing the human being and how they’re saying something communicates a lot.

Even presentations that we send out to the members now have voiceovers to eliminate misinterpretation. If somebody reads a message on a page, they might interpret it one way, but hearing the human being saying it provides another.

People invest in people, so are you aware of being the face of Unitas?

I am conscious of that, but we also have a bloody good team. John Mills is Deputy Managing Director and he’s a really good operator, and there’s also [Retail Director] John Kinney and [Trading Director] John Baines. It needed a voice and that has been me, and some people will think that’s been done well, while others won’t.

Why do you think you’re the best man for the job?

Having the experience of working at big blue-chip companies, suppliers – after being at Whitworths for a while – and going through difficult experiences at Palmer & Harvey (P&H) helps. But above anything, something I like to think is that I’ve got the right attitude.

That’s the attitude myself and John Mills had that we were going to change things, and that energy is what’s driving us forward. I’ve worked in jobs in the past when I didn’t necessarily believe in the cause, but to be standing up for independents is a cause I want to fight for.

What have those past experiences taught you that is helping at Unitas?

At P&H, I was in the van sale part of the business, which was losing money – although, ironically, by the end, it was making money. The learning I had was to face into your reality and not tickle around with solutions: a guy I worked with took 100 vans out of a 300-van operation, and it worked

At that time in my career. I wouldn’t have made that decision because when I was at a blue-chip company, you didn’t make those kinds of calls. That approach has helped at Unitas on the people front when we knew we were overmanned in certain areas.

Rather than invent work for those people, we said that we’ve had to reduce numbers and put money into other things. The other bit of clarity for me, which is difficult to articulate to members, is if they really want to unlock the value standing together, then I have to challenge them to do things as one – reward the ones who do it disproportionately ahead of the ones that don’t.

I’ve got to be brave enough to do that for the benefit of the vast majority and not be fearful of kowtowing to the minority because the group has to move forward to fulfil our promises.

Was it always your aim to get into a position like this?

I’ve met people along the way who have written down their ambitions, and made a five- and three-year plan, but I’m not very inspirational in that respect because I haven’t. I always knew that I needed to be intellectually challenged and wanted to do a job that required some energy because I get bored, if not. I can genuinely say this job is the best I’ve ever had.

At times it stresses me because I need us to do more and I need everybody to come with us, but it’s definitely the best job I’ve ever had. I hope that in three or five years, I’ll feel the same way.

Now the first four months are up for Unitas, what do the next four hold?

What suppliers will see is a higher level of execution focus. The picture portal of showing execution of promotional activities and core range in an audited way means we’re taking more responsibility and are sharing that with suppliers.

I hope in four months’ time, suppliers will get enough from the audit that gives them good reason o upweight the sort of promotions we get and give them the first NPD.

Our members should see a whole range of new benefits: entry into our broader own-label range, entry to a central support service to drop-shipment deals, utility express deals and new ways to get something back from the group. In four months, I hope members and suppliers will say “it’s been a bit challenging what they’ve wanted me to do, but I can see there’s progress.”