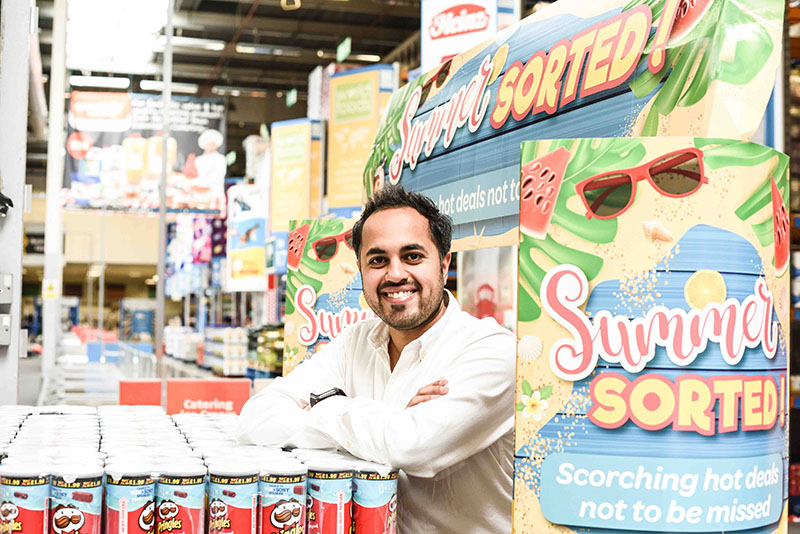 Salih Sheikh has a vision. One that challenges the long-standing beliefs that many people in wholesale have held for years.

Yet, just as with many revolutionaries who go against the grain in their chosen fields, when Sheikh explains the novel way he looks at the industry, he makes it sound remarkably simple.

“There’s a massive misconception [in the sector],” says Bestway’s head of marketing and digital. “I make a point that just because it’s wholesale doesn’t mean the way you market yourself has to be boring. Your customers are still people and you’re marketing to them.

“Yes, it’s more important that your marketing is effective and you’ve got to be careful that the creativity of what you do doesn’t cloud the functional message, but if I’m a retailer walking into a depot, I should  find a brand interesting in the same way that my shoppers will.”

It’s hard to disagree with the logic. But a walk through an average cash and carry or a quick trawl across a wholesaler’s website typically doesn’t leave a customer with quite the same impression.

More often than not, the key information is available, but it’s not presented in the most appealing way. As a result, customers aren’t drawn to messages or products that could otherwise help them drive sales.

The trouble is that, traditionally, B2B marketing was considered a drier discipline than consumer-facing communications. Although Sheikh believes it’s time to prove those boundaries are now blurring.

“Wholesale may have been considered as the dirty end of marketing, but I’ve never approached it in that way,” he explains.

“In my first year here, I was trying to show the board that consumer-facing tactics work in the B2B world as well. For example, I set up a customer lounge, introduced a stamp card into certain depots and was pulling more data-related marketing to drive loyalty. All of those proved successful.

“Since then, we’ve rebranded our foodservice brand so that it’s not boring or functional. We’ve purposefully made it vibrant, disruptive and exciting.”

With more than half of B2B buyers now millennials, taking a softer and more appealing approach to communicating marketing messages seems to correlate with the generational shift taking place.

When Wholesale News went to visit Sheikh at Bestway’s head office, the marketing team’s latest campaign, Summer Sorted, was being put up in the neighbouring depot. And true to the new approach, the POS is bright, eye-catching and clear to understand.

Despite the additional focus on style, the substance still exists. In fact, one of Sheikh’s biggest frustrations when starting as head of marketing three years ago was how suppliers would send consumer-facing POS to appear in cash and carries. Some of them looked great, but the messages were aimed at the wrong audience.

To combat that, Bestway runs a close rule over each promotion – whether internal or external – to see how effective each one is and runs AB testing on certain campaigns to back up every decision with evidence. The effectiveness of campaigns is currently fed back to certain suppliers on request through a data and insight analyst in the team, but the plan is to make this an automated service to free up time for the team to perform more detailed analysis.

No stone is left unturned in the quest for effectiveness and every channel is now scrutinised to make sure they’re pulling their weight and customers are greeted with the correct message however – or wherever – they engage with Bestway.

“The challenge is how much money to spend in depot because there becomes a point where it doesn’t become cost-effective and is just noise,” Sheikh explains, as he takes us on a tour of Bestway’s vast Park Royal site.

“We’ve been mapping out every depot to identify the marketing spaces, then we’re in the process of creating a system that numbers pallet and poster spaces so we can say ‘this is where certain products or POS should be displayed’ so it becomes more regimented. In the past, that’s been up to the depot manager.”

Once more, the approach mirrors the way consumers are treated when visiting a large national retailer, with a uniform layout aimed at increasing effectiveness and familiarity.

That extends beyond Bestway’s bricks-and-mortar operations, with a consistent approach to print and online. The process starts by creating mood boards of specific times of year and matching products to key themes, rather than the other way round.

“We used to just do deals of the month,” Sheikh picks up. “Now we’re trying to theme it up a lot better so it makes sense. We include sections on category advice, have cleaned up the design and make sure messages stand out a bit.

“We start with mood boards to define key events and categories. That then leads into design briefs, which we use to ask each channel manager to think about exactly how they’re going to market the campaign through their channel, driving consistency.

“Previously, the trading team decided what we’d promote, it was sent down to our team and we’d produce it in silos – there’d be no collaboration in it. Now the trading, marketing and sales teams have quarterly planning sessions to align on the offer, and what and how we market it.”

Sheikh admits that none of what he and his team are doing is rocket science, but it’s getting results. By simply taking a sharper focus on its e-commerce site and making it more appealing with bigger images and brighter colours, Bestway has seen a nearly 30% uplift in online sales.

There’s also an increased focus on good, targeted category advice – both online and in depot – which gives customers insight and tips rather than a hard sell, at the point of purchase. Since launching, Sheikh says it’s been “phenomenally successful” and it’s provided a level of service people were crying out for.

For all the positive results Sheikh’s methods are achieving, the wholesale market’s evolution into a new generation of trading means things are changing at a rapid pace. So where does the 30-year-old stand on the digital revolution taking the sector by storm?

“That’s what we’re doing with the promotional stuff in depot, reflecting what’s in the brochure or on the website. Digital is one channel but should work alongside the others rather than replacing them.”

Music to the ears of the traditionalists. Maybe Sheikh and Bestway’s combination of the old and new is just what the doctor – and the indsutry – ordered. 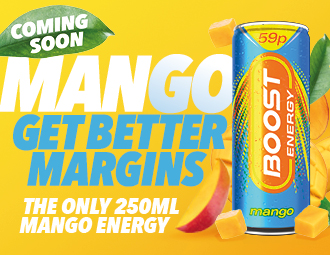 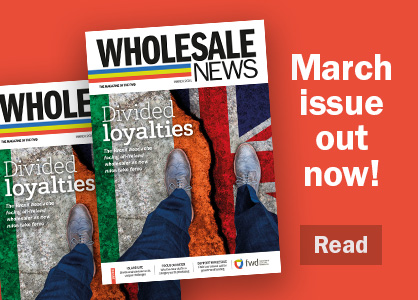