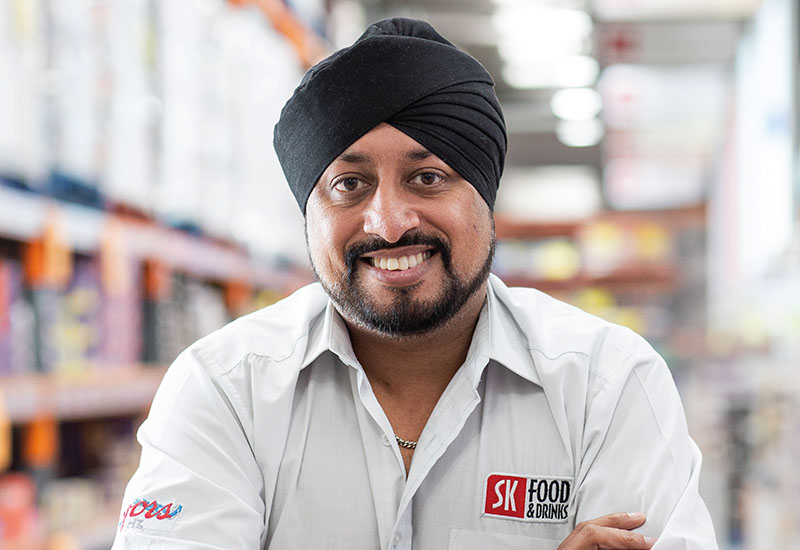 Faced with an empty depot waiting to be filled with products, General Manager Telly Sarai set about building a wholesale hub that’s been on an upward curve ever since

The blank space yawned out in front of Telly Sarai as he stepped into his new kingdom. With nothing other than a pair of doors and the shell of some offices interrupting the sprawl of emptiness surrounding the depot, Sarai’s mind clicked into action.

The newly appointed general manager of SK Food and Drinks, a Unitas Wholesale member, could see the potential the vacant depot afforded him and couldn’t wait to get started on building his vision of cash and carry success.

Three years on from that first visit to the site on the outskirts of Birmingham and Sarai still bristles in excitement as he looks back at the challenge to create his own wholesale depot from scratch.

“It was up to me where the racking went, where the products would go, the entire layout and design of the cash and carry,” recalls Sarai from his office perched on a mezzanine he could only envisage back in 2016.

“I’d only ever inherited depots previously and had never had the chance to design  something from scratch because everything was already in place. The potential appealed to me and knowing I’d have this chance is what encouraged me to join up [from previous employer, Hyperama] straightaway.

“How often do you get a blank canvas like that nowadays?” 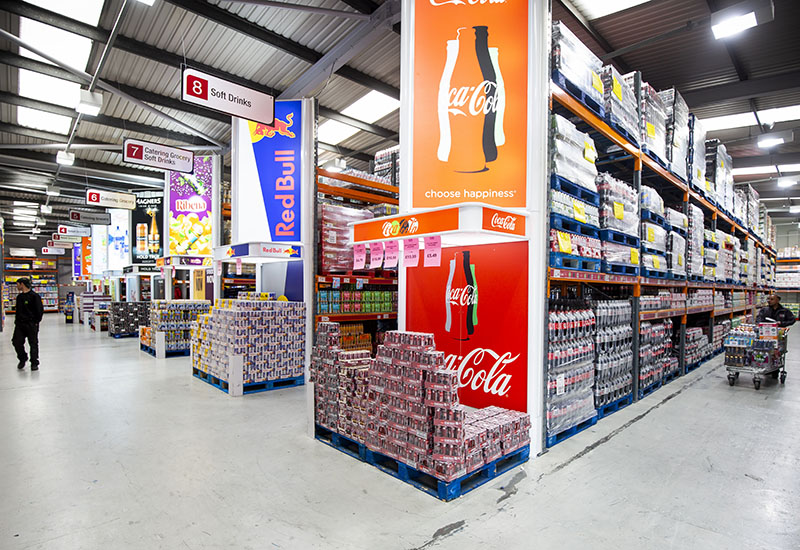 Sarai’s next step was to map out his plans and bring them to reality. The project was a big moment not only for him but for SK itself too, with a new premises marking the biggest development since new owners had bought the wholesaler in 2014.

Based in the heart of Britain’s second city for the past four decades, the business was starting a new era in a location that would allow it to break into a full-service delivery model and out of a site held to ransom by the notoriously temperamental Birmingham traffic.

“When we were in central Birmingham, there was a lot of footfall because it’s hard for businesses to travel outside the city, although it was equally as difficult for people from outside to come in,” Sarai explains.

“If there was gridlock on the motorway or on the Aston Expressway, which are the only ways into Birmingham, we’d be really quiet. We couldn’t really base our business around the city’s traffic situation.

“That’s why this site was chosen. The Birmingham wholesale markets have moved here and our access to the motorway is excellent. It’s not even a mile to the M6 and Spaghetti Junction, and on the other side you can go on the A38 and get to Burton and Derby in 25 minutes, there’s the A452 straight into Leamington and Coventry, then the other way into Brownhills and Lichfield.

“In London, it could take an hour to travel six or seven miles, whereas here I can be on the border of Stoke in that time or down to Northampton, or as far across as Nottingham and Derby or on the Welsh borders in the other direction.

“If you look at the conurbation in the area, that’s access to 27 million people, which is a third of the UK’s population [sic].”

While SK’s location makes it perfect for wide-reaching deliveries, Sarai has also transformed the blank space he adopted into a customer-focused depot.

The layout he created was based upon a traditional retail store design, with confectionery near the front, followed by soft drinks, crisps and snacks, and alcohol at the back. The idea is to make the depot easy for visitors to navigate, with shoppers able to visualise what they need as they walk round. The layout also makes it simple for delivery pickers to load up trolleys efficiently as they walk the site.

One addition that’s not commonly found in wholesale depots appears in the alcohol aisles, with individual bottles displayed instead of simply the cases, providing plenty of upsell opportunities.

“The way our customers shop, they’ll buy boxes of faster-selling lines and then single bottles of others,” Sarai says.

“We’ve sold more bottles purely because of the fact they’re on display as customers don’t miss out when they’re a bottle above the case. People say ‘I’ll take two of those’ or ‘I haven’t tried that one’, so it definitely works.

“We only stock a small selection, but you can buy any of 250 types of champagne from £16 a bottle upwards, which means it’s not a big spend for customers to buy a case. The other day, someone even asked for a bottle of champagne that was £16,500.”

Although immediate availability on a premium product of that level is tricky, providing for his customers is key to how Sarai has helped SK double its turnover since moving to the new depot. He spends time building personal relationships with regular visitors, finding out about their families and businesses to foster a stronger bond. 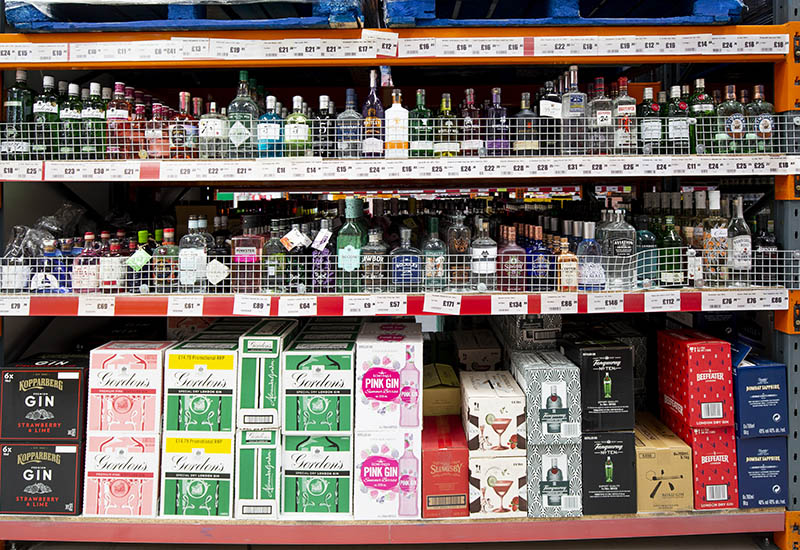 With delivery playing an increasingly important role in the business, SK’s depot is normally quieter at the beginning of the week than the end, with customers favouring to receive big delivered orders and using the depot for top-ups as the weekend approaches.

As with many wholesalers, Sarai has found that trend means less time to show off any NPD in depot, although he’s come up with  a novel way of encouraging customers to try new products without browsing the aisles.

“Whenever a customer’s delivery comes in, I add one case of NPD to the order with no obligation, which can be returned on the next delivery if they don’t like it,” adds Sarai.

“To date, I don’t recall once when someone has returned, so all of a sudden, there’s 50 or 60 distribution points the supply didn’t have previously.

“Going forward, there’ll be more and more demand for deliveries as retailers see they can spend more time in their own business rather than two-and-a-half hours in the car and cash and carry, so finding new ways to communicate is more important than ever.”

But if Sarai’s past record is anything to go by, he’s sure to find a way.