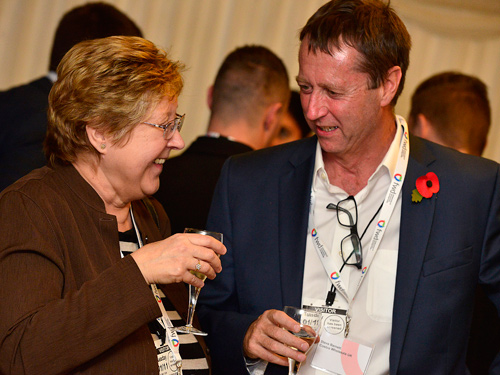 Barnett, who was part of the original Costco UK set-up team and also part of FWD’s council, was a highly respected figure in the wholesale sector and will be missed by all who knew him.

Barnett was trading director at Costco for more than 15 years after joining the business as the first buyer for Softlines in 1993.

He’d come from a retail background with a wealth of purchasing experience, having worked for TJ Hughes and Bentalls, and made a huge impact at Costco thanks to his leadership and fundamental belief in the wholesaler’s ethics.

FWD Chief Executive James Bielby passed on his condolences on behalf of the federation and paid homage to a man with a “dry sense of humour and sense of decency apparent to all”.

Bielby’s statement said: “Everyone at FWD is devastated to hear of the loss of Steve Barnett, our colleague and friend at Costco.

“Steve made a massive contribution to both Costco and the wholesale sector’s development over many years and was one of the original Costco team in the UK. His pride at working for Costco was evident to all who encountered him, and when he spoke at the FWD conference in 2015 his opening comment was: “I just love working for Costco!” He was loved by all his colleagues at Costco and supportive of all who worked with him over the years.

“Suppliers who dealt with Steve knew him as the toughest of negotiators but one who was held in the highest respect, with his dry sense of humour and sense of decency apparent to all.

“Steve was a great supporter of FWD as the Costco Council representative, and a regular speaker at our conferences and seminars. His insightful contributions and unfailing support were hugely valued by all his fellow FWD members.

“Steve had a great sense of fun and loved a wind-up, but he was the one of the nicest and kindest people in our industry, as well as someone who took a huge interest in the world around him, with some strongly argued but sincerely-held opinions on a whole range of issues.

“Thank you for everything you did for our trade Steve, you will be missed by us all.”