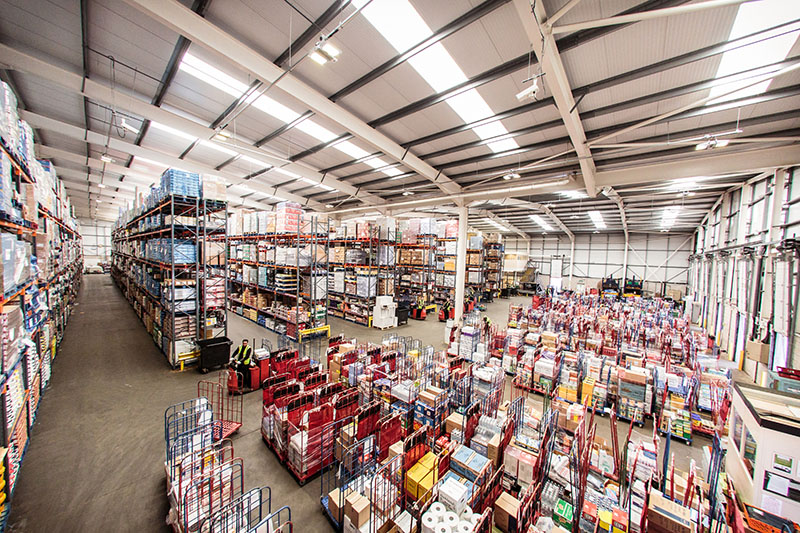 Foodservice wholesalers have been left in the lurch once more as another national lockdown takes hold without any special government support to help them through it.

Dunsters Farm Director Tom Mathew appeared on BBC Breakfast and Five Live appealing for some support and spoke about the devastating impact of Prime Minister Boris Johnson’s 8pm announcement earlier in the week that schools would close the next morning.

Mathew pointed out that an avalanche of stock ordered to supply the return of schools in the new year now faced being thrown away and significant losses made, further hurting wholesalers already struggling with the widespread closure of hospitality.

It’s a similar story across the sector and while there’s understanding of the fluid nature of the pandemic in most quarters, the lack of notice has hit wholesalers hard once again.

“It was a massive blow on Monday to be told after one day back at 8pm when we couldn’t communicate with our customers,” Mathew told BBC Breakfast. “We went [to deliver to schools on Tuesday] anyway because of the need to support free school meals and key-worker children, but most of the stuff we sent was rejected and came back – leaving us with another problem.

“The issue really is the length of time and it’s the same with the previous lockdowns – maybe not as short – but we need two weeks’ notice to turn the tap off and we need support. We’ve not received that in any of the lockdowns.

“With the first lockdown, it went on for six months for us because of the school holiday period as well, so even some of the ambient stuff went out of date. With this lockdown, we have no firm end date so ambient things will go out of date [again]. We have a large chiller as well in another room and that’s got fresh produce in – we’ve got hundreds of thousands of pounds worth of cheese, ham, bacon and cooked meat that have much shorter life and that’s obviously the chief concern here.”

Certainty over restrictions is something many people around the nation would love – even those in government – but the impact is felt hardest by wholesalers.

But while financial support is offered to others in the hospitality and retail sectors, the supply chain appears to be forgotten with wholesalers and suppliers left out in the cold once more. And Mathew is desperate for the upper echelons of government to act.

“I’d like to appeal directly to the chancellor and the Prime Minister,” Mathew continued. “We’ve been asking for help for months.

“We need three forms of help: we need a business support package to deal directly with the stock loss we’ve seen already and we’re going to see more of because that is a direct of the short notice we’ve been given and the need to stockpile for a potential no-deal Brexit, we need business rates relief which all of our customers have rightly got and even supermarkets have got – and some have so famously paid back – a small fraction of that money would cover the wholesale industry and really make a difference.

“The situation is this dire that the industry does need grants and we’ve seen the devolved powers have recognised this fact and given grants to wholesale directly, but in England we’ve not seen anything yet and it seems to be falling on deaf ears.”

It was a plea repeated by FWD Chair and Country Range Group Managing Director Coral Rose, who also spoke on BBC Five Live about the need for government to offer support for businesses.

“We need some support specifically for the wholesale sector,” Rose said. “We’ve heard the chancellor recognises this has impacted hospitality, but they aren’t taking into account the supply chain and the people looking after hospitality.

“We can’t just close our doors and wait for this to be over. We still have to deliver to care homes and hospitals. We would like some support, business rates relief and grants for all the stock we had to throw away.

“There has been no recognition of our industry at all and the reliance on our industry has been completely ignored. It doesn’t make sense and it doesn’t add up in the message that’s being sent that ‘we’re supporting businesses, we’re helping you’. That’s not the case. To be honest, the only thing that has really helped our businesses is the furlough.”