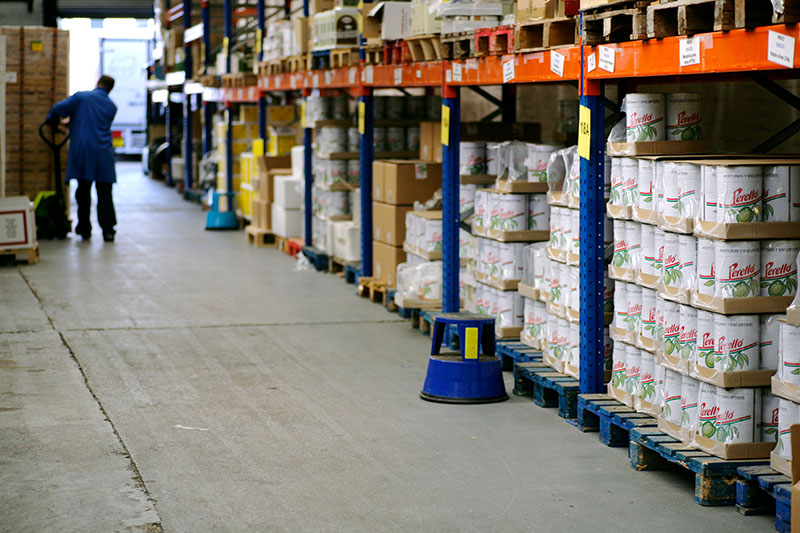 The government’s refusal to help family-run food and drink distributors while giving huge amounts of financial and policy support to supermarkets is creating a monopoly in food and drink supply, says FWD.

“As the government refuses to help anyone other than supermarkets, it’s not surprising that many up and down the supply chain believe it’s a deliberate policy decision to let businesses fail, in the knowledge that the supermarkets will be there to pick up the pieces,” said Bielby.

“The longer the Treasury ignores wholesale, the more believable this becomes.  The government have one aim in food supply: to keep the supermarket shelves stocked and every policy from Covid restrictions to Brexit preparations has been introduced with this in mind. Everything else is secondary.

“The government’s commitment to levelling up is revealed as just another catchy slogan – with the supermarkets more powerful and profitable than ever.”

Since March 2020, Chancellor Rishi Sunak has showered the supermarkets in taxpayers’ money, including business rates relief, which they didn’t need and eventually gave back, and grants.

The government also gave them extended opening hours, waived competition law to help drive sales to the large corporations and allowed them to jump the queue at Dover.

The large retailers have declared record sales, profits and dividends to shareholders.

Over the same period, the government has forced food wholesalers’ restaurant and pub customers to shut, closed the schools and workplaces they supply and left many struggling to serve their remaining customer base, which includes care and health sector caterers. It has refused pleas for a fraction of the sector-specific financial support so freely given to the large corporations.

In a final kick to an industry already on its knees, the Prime Minister this month decided without consultation to take the provision of free school meals away from small regional suppliers – and hand it to supermarkets.

After three last-minute lockdowns, an instruction from the PM to prepare for a no-deal Brexit, and his repeated assurance that schools would re-open after Christmas, wholesalers have had to dump or give away millions of pounds’ worth of food destined for the hospitality and education sectors.

Last week Food Minister Victoria Prentis told the House of Commons Efra Committee she was aware that wholesalers “do not feel as if they have been included in the HM Treasury support schemes,” but added “it is probably too early to talk about financial compensation.”

“A full 10 months after the first lockdown, the minister says it’s ‘too early’ to be thinking about support,” Bielby added.

“Tell that to the thousands who have lost their jobs, the businesses who have burnt reserves, and those trading at a loss to supply schools, care homes and hospitals.

“All the rewards supermarkets have been given in recent months while wholesalers have been left out from any specific support is incredibly damaging to food supply to vital services and the diversity of food provision in the UK.

“Supermarkets have long had their eye on expanding into out-of-home food and Government policy is aiding that ambition. When the family-owned regional wholesalers have gone, the supermarkets and Amazon will be all that’s left to supply the hospitality sector as it recovers.”

FWD Chair Coral Rose also added her voice to the calls for action when she posted on Twitter, “There is something wrong when the Treasury deliberately ignores the independent businesses feeding our vulnerable in favour of the multinational supermarkets. Come on Rishi Sunak, you don’t want to be forever in their pockier. Support UK business now.”