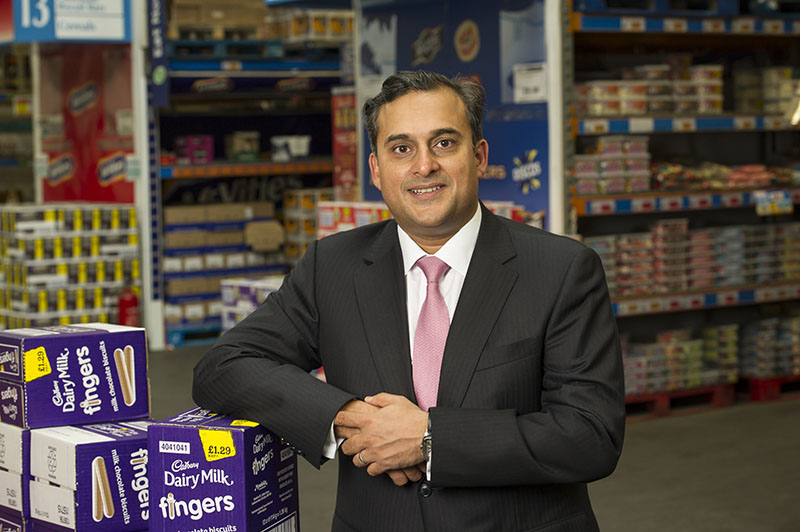 Greater scale, bigger stores and an eye on the future growth of delivered wholesale are the key motivations behind Bestway Wholesale’s acquisition of Costcutter, says Managing Director Dawood Pervez.

It was revealed at the end of 2020 that the cash and carry giant was snapping up the retail business from Bibby Line Group, in a deal that will be completed subject to FCA approval.

And Pervez says the addition would ‘add another string to our bow’ but was cautious not to hail delivered wholesale as a guaranteed success – although pointed to indications that it’s where trends are moving.

“Let’s be under no illusions that delivered wholesale is some kind of treasure trove,” Pervez admits. “It needs to be carefully managed and you need retailers to work with you as well and appreciate what you’re doing for them.

“It’s got to be efficiently done and come with the right package in terms of offer and price for the customer, but it’s also got to cover the service they want. Generally speaking, it’§s a tough gig as the evidence points out.

“Having said that, if you look at the IGD data that’s out there, in the past 20 years, in 17 of those delivered has outgrown collect. That is very telling and you’ll probably find that trend will resume in due course, so if you’re a serious wholesaler looking to the long term, you have to have a delivered offer.”

There’s no doubt the additional scale afforded by the acquisition should be a benefit for Bestway. Even though the Nisa supply agreement has many years to run, Pervez points out there will be a shorter-term opportunity in growing the symbol group and ensuring any top-up shopping is done in Bestway’s depots.

Yet Pervez points out that reality could be at least three years away and the short-term opportunity instead is in bringing in sales Costcutter doesn’t already have, while the business will also explore launching dark depots to service Bestway’s existing key customers, as is currently being trialled in Exeter.

The enhancement of Bestway’s delivered model wasn’t the  only reason for the deal, though, and Pervez was keen to point out the acquisition was simply following in the footsteps of its proud heritage.

“We’ve got a 45-year track record of investing in retail and wholesale, so it’s more of what we’ve always done, right the way back to when we were acquiring single-depot premises in London,” he explains.

“So, for us, it’s a case of how many big symbol groups are out there? Musgrave went to Booker and Nisa went to Co-op, which leaves Costcutter and then Spar, which is divided up. There aren’t any others and this was pretty much the last one, so it felt like a good thing to do.

“Another thing that was quite attractive to us was that its [Costcutter’s] store size is, on average, a lot higher than ours, even what we have with Best One – that’s probably why it’s done so well with the broadened chilled and own-label offer.”

Bestway gained valuable insight into the operation when it picked up the emergency supply to Costcutter after the collapse of Palmer & Harvey in 2017 and while the deal has been in the pipeline for several years, Pervez says now is a great time to back convenience retail.

“Local shops weren’t getting a lot of love, but the pandemic has changed that,” he adds. “A lot of consumers have visited their local stores [during the crisis] and now appreciate them as it’s forced them to shop local more often – and some retailers have done a fantastic job of servicing their communities. That has gained a lot of strength having ebbed away over the years.

“As the shopping trips to supermarkets are less frequent and for bigger baskets – and the weekly shop moves online – then conversely there’s more top up and that benefits convenience. I believe there’ll be an increased rate of growth and there’ll be many adaptations coming into local stores in the next few years as they try to meet more need states.”

Read more analysis in February’s edition of Wholesale News, which is available for free online.