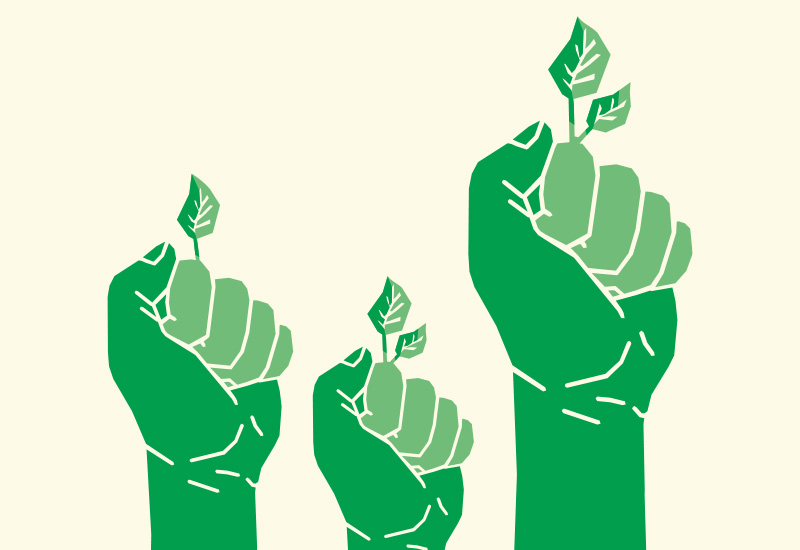 It’s not often a leaking roof can lead to anything positive. But that was the case for wholesaler Taylor Vending. Faced with the prospect of paying for a new roof to fix the issue, Partner Martyn Simpson started to look at other options. And it’s led his business towards a greener future.

Now the Montrose-based wholesaler is having solar panels fitted on the new roof, which is offsetting some of the cost and likely to cut electricity usage too.

“Ultimately, I hope this will make us more profitable, which is the key thing for me, although being greener is important too. And if that makes us more efficient anyway, it’d be stupid to keep going with old habits.”

Taylor Vending is working to a two-phase plan with the help of Zero Waste Scotland and will be replacing its gas boiler with electric heating and extra insulation in the next year.

The savings could then be extended into transport, with plans to charge four or five vans from the energy harvested by the new solar panels.

“If a small business like ours can do it, I see no reason why everybody shouldn’t be doing the same. If saving money is the driving factor for saving carbon for a small business in Montrose, then it makes sense.”

It’s an ethos that’s creeping in across the industry. While some of the bigger players were quick to look at a more sustainable way of working as part of their corporate social responsibility (CSR) strategies, it’s seeping in at a lower level now too. And with the government’s target of being carbon neutral hotfooting towards its 2050 target – even sooner in Scotland – the need to start acting will soon become more than simply a moral one. 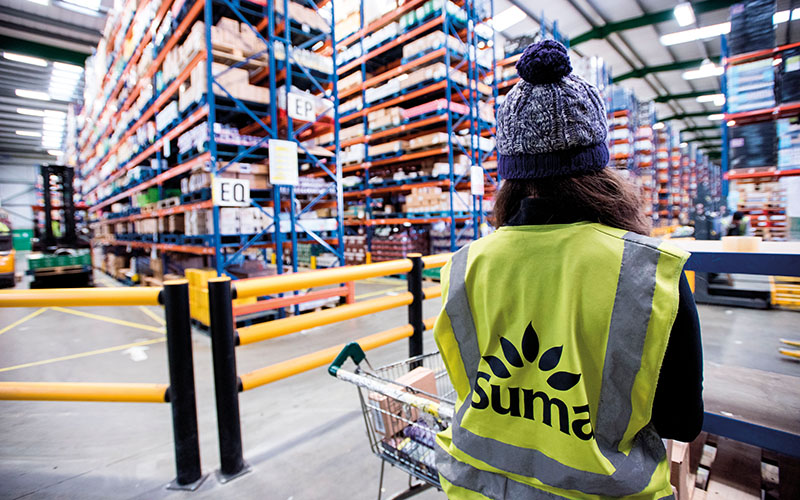 Wholesaler Suma has always done things differently. It’s proudly meat-free and, as a co-operative business, pays all its employees the same salary regardless of their roles. So not surprisingly, being green is a big thing.

That means leading the industry on a host of initiatives, including working with The Real Junk Food Project to tackle food poverty, thanks to an agreement for them to collect Suma’s plastic waste for a recycling company in exchange for free warehouse space.

Innovation is at the heart of the work the wholesaler does as it tries to reduce its carbon footprint and leave a positive stamp on the communities and customers it serves.

“We’re investing in a larger London site to take us closer to our customers and run greener vehicles around the capital,” Steventon explains. “Our new truck to London runs on biogas, created by digesting food waste. It has 84% fewer emissions compared to the diesel equivalent, saving the equivalent of around 150 tonnes of CO2.

“We’ve also put our Ecoleaf home-cleaning range in post-consumer recycled plastic, which we then take back and recycle to be used again. Ecoleaf paper products also now come wrapped in paper, not plastic.

“In the warehouse, we’re cutting down on plastic use. We use a whopping 583,000 metres of tape and this year we switched from plastic to 100% unbleached paper tape.”

Making savings on material usage is tricky for a wholesaler. While many of these issues are at the behest of the supplier, there are other issues when handling food due to durability and longevity. 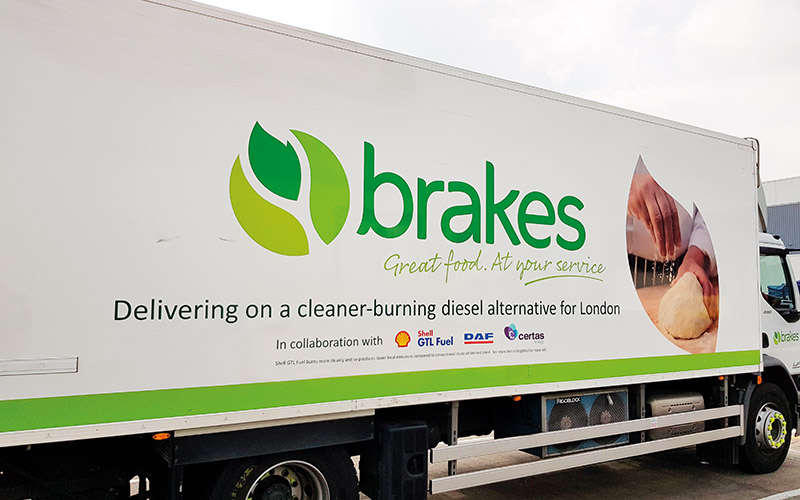 One wholesaler that has been proactive in fighting the war on packaging from its own-brand range is Brakes, which pledged to stop using hard black plastics as part of its 2ZERO20 plan in June 2018 – an aim it achieved by the end of 2020. To do that, it has changed packaging on almost 500 lines and removed more than 1,000 tonnes of problematic plastics from its supply chain.

“Having completed 2ZERO20, Brakes is continuing to innovate and will launch a new packaging policy in 2021 to further its progress, having already increased the visibility of recyclable materials by clearer on-pack labelling,” says Brakes’ Merchandising Director, Stuart Smith.

“At the same time, our Supplier Packaging Forum is looking to other problematic materials and solutions, resulting in lines removed and alternatives introduced, such as wooden cutlery lines in place of those made from plastic.”

Smith says a growing number of customers are asking to have ‘a quick chat about CSR’, so the importance of having an all-encompassing sustainability plan is starting to become a bigger business issue.

Brakes had made further commitments to source products responsibly, reduce food waste by redistributing food surplus to local charities and through FareShare, and aims to reduce its carbon use by 20% by 2025.

One of the big areas Brakes is looking to do that is in transport, which is becoming one of the watchwords for many wholesalers doing a lot of deliveries.

JW Filshill’s Senior Operations Manager, Stuart MacKenzie, says: “The last batch of vehicles we bought were from DAF. Through collaborating with them and a coachbuilder, we bought a lorry frame and the box on the back.”

“The coachbuilder said ‘your vehicle size is this or that, you’re not using pallets anymore, you use cages as a preferred type of media, why don’t you cut the boxes down so you’re not carrying as much fresh air and the truck’s not working as hard to go through the air?’.

“So we lopped off over a foot of the truck, which makes it cleaner for a start because it’s not having to work as hard.”

With high costs and a lack of recharging facilities making a move to electric unrealistic currently, focusing on a series of smaller solutions to make a bigger overall impact looks to be the way to go instead.

Weight reduction and packing efficiency is just the start for Filshill. The adoption of a telematics system has changed drivers’ behaviours by coaching the more environmentally friendly driving techniques, while the wholesaler also works with customers to arrange drop-offs to reduce road miles where possible and backshift runs.

“It’s looking at the little things you can do,” says MacKenzie. “They’re not going to give five miles per gallon extra, but it’s the lopping off of the box, it’s fitting the telematics, it’s incrementals.

“It’s the sum of all those parts that adds up to an extra mile per gallon. When you’re talking a pound a litre and these things do 12 miles to the gallon, average that over 35 vehicles in a year when we’re doing 140,000 kilometres a week and it’s a huge amount of money.”

There’s that line again. Operating a more sustainable business could benefit your bottom line as well.