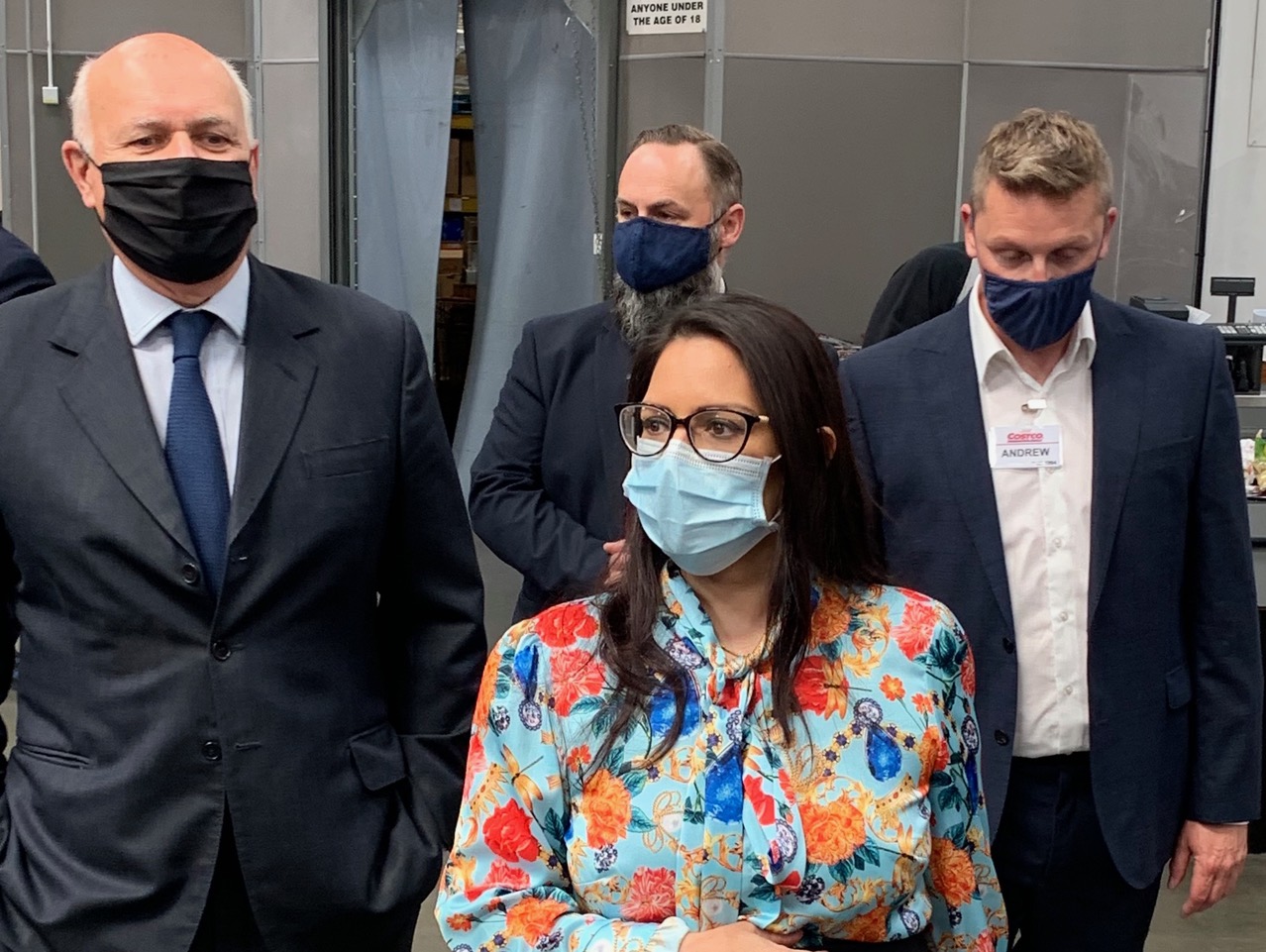 Home Secretary Priti Patel has said the police must do more to protect shop owners and their stock from criminals who target them on cash and carry premises – or “they will answer to me.”

Patel met representatives of food and drink wholesalers during a visit to Costco in Chingford with local MP Iain Duncan Smith.

She said: “I grew up in the retail world and I’ve seen the effect of having your stock stolen. Theft of high-value products like tobacco can decimate a business. They can destroy cash flow, and the goodwill of the business as well.

“The police have to do more. They have to come down to wholesale outlets and work with wholesalers to make sure gangs are absolutely not preying on their customers.

“It’s important not only that we highlight the whole issue of wholesale crime, but actually that we work with police to ensure they work with wholesalers and retailers to stop this level of crime taking place.”

Patel said she will be telling Borough Commanders that, “it’s not good enough and we need police action. If they don’t so something about it, they will answer to me.”

FWD told the Home Secretary that although the number of incidents has decreased in the past year, retailers buying tobacco and other high-value products have been targeted either on cash and carry car parks or after leaving the site. FWD members report that police forces’ responses are so inadequate criminals are increasingly using violence and intimidation as they have no fear of prosecution.

Wholesalers have invested in CCTV, number plate recognition cameras and security patrols to protect their customers and colleagues. Posters and flyers in cash and carry depots warn visitors not to leave stock or personal belongings unattended in their vehicles.

However, incidents still occur, with tobacco as the primary target for thefts and robberies. FWD wholesalers say the police do not give these crimes sufficient attention or appreciate the size of the loss involved, and have a poor attitude to wholesale crime.

“Today we told the Home Secretary that criminals who target retailers have no fear being caught and prosecuted,” said FWD Chief Executive James Bielby. “Police response to thefts and robberies from customers in cash and carry car parks has been appalling. In many cases, officers have refused to even attend incidents, let alone investigate them.

“This is not shoplifting, it is organised crime, and it’s an issue for all cash and carry operators equally. A single tobacco theft can cost a small independent shop thousands of pounds. Increasingly, the criminals will use or threaten violence. Where wholesalers have put in security measures to protect their customers, the criminals have followed vehicles off the premises and attacked them in transit.

“It’s not right that small shop owners should be put at physical or financial risk because the police ignore these thefts and robberies. We have asked the Home Secretary to urgently instruct police forces to give greater priority to apprehending and prosecuting the criminals who do this.

“Retailers can do a lot to protect themselves and their stock by ensuring they don’t leave their vehicle unattended while shopping. Most incidents could be avoided with simple measures like locking your vehicle and not leaving cash or belongings on display. Depot staff are always on hand to help them transfer their purchases to their van and help them load. We also recommend that retailers leaving the C&C keep an eye out for vehicles following them, and call the police immediately if they suspect they are being followed.”