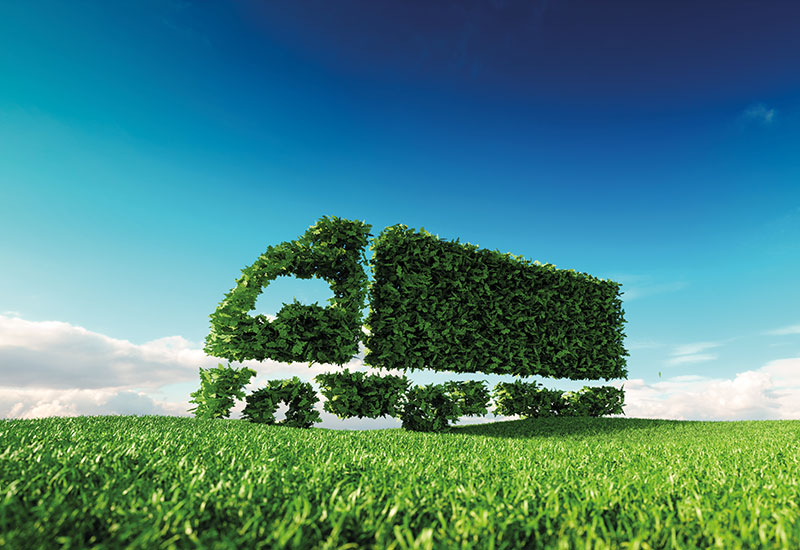 With a sharper focus on environmental issues, wholesalers’ delivery vehicles are rapidly moving into the government’s crosshairs. The need for change may be stark, but the how is all-important to the sector…

We’re losing our HGV drivers and now they want to take our delivery vehicles as well?

That’s one way of looking at it. This is one of those occasions where you can’t question the need for change. The United Nations Intergovernmental Panel on Climate Change says we need to keep global warming to a maximum of 1.5˚C to avoid irreparable damage to the planet. The UK government has committed to a 68% reduction in greenhouse gas emissions by 2030, 78% by 2035 and Net Zero by 2050.

Net Zero emissions will be achieved when all greenhouse gas emissions released by humans are counterbalanced by removing greenhouse gases from the atmosphere through nature-based or technology solutions. Transport’s going to play a huge part in that.

How does this affect us?

Apart from wildfires and mass flooding, you mean? The government has a number of proposals currently under consultation and we’re representing wholesalers’ interests in them.

Phasing out HGV vehicles as we know them. This is a proposal to ban the sale of new non-zero emission HGVs, including hybrids, by 2040 or even before. Fortunately, it’s not suggesting that polluting vehicles have to be off the road by that time, so it’s really a heads up to manufacturers that they need to accelerate their development of zero-emission alternative technologies. A separate workstream will require delivery vans to have zero tailpipe emissions by 2030.

Seems a long way off…

It isn’t and if you factor in the Clean Air Zones and other access restrictions that cities are adopting, distributors will need to be ahead of the game. Then there’s the Transport Decarbonisation Plan, which is massive.

It’s a complete overhaul of transport and within that how we deliver goods, by air, rail and road. It’s not just about cleaner fuels, it’s reducing the number of vehicles and the number of journeys.

Transport Minister Grant Shapps says the pandemic has shown we don’t need to travel as much for work, but it’s also seen a proliferation of delivery vehicles on the roads.

So food distribution is in the firing line again?

Absolutely, but we have to accept that heavily polluting vehicles are a huge part of the problem. This is a conversation we need to have to make sure the changes that will inevitably be imposed on our distribution network are fair, proportionate, effective and affordable. FWD is already leading that conversation on behalf of members.