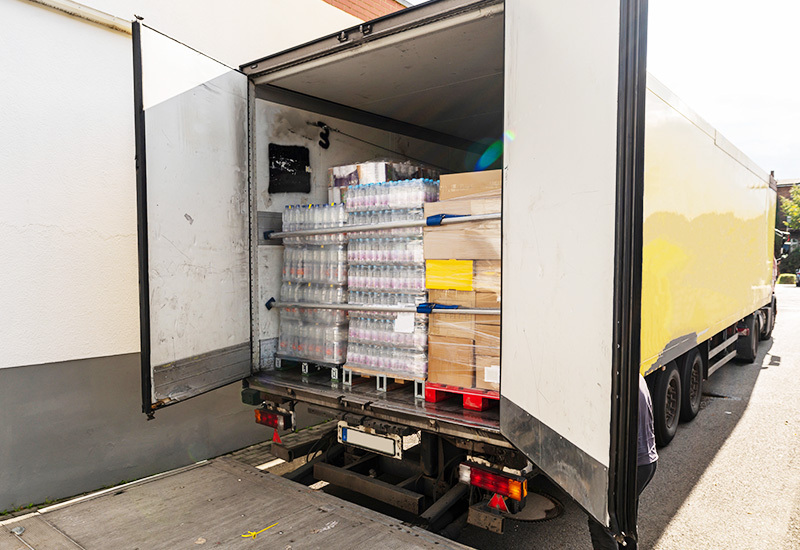 MPs have heard food supply chain concerns that the HGV driver crisis is not over and is likely to cause disruption as demand increases in the run up to Easter.

In the first evidence session for its mini-inquiry into the future availability of HGV labour, the Food and Drink Supply Chain All-Party Parliamentary Group – which is supported by FWD – took evidence from logistics and supply chain representatives, who said government interventions including the speeding up of driver testing and HGV driver boot camps were now helping to alleviate the shortage.

However, it was the rise of the Omicron variant and the subsequent reduction in consumer demand in hospitality, that prevented an “absolute disaster” at Christmas.

“We got exceptionally lucky at Christmas. When Omicron was at its height, hospitality closed down, Christmas meals out were cancelled and people weren’t travelling to see family and friends,” said Eddie Stobart CEO, David Pickering.

“Consumer spending went down and our forecast volumes went down as well. It prevented a big impact on the haulage industry, despite all the steps we had taken.”

Other interventions were received poorly by the industry, with the government’s Visa scheme intended to attract qualified HGV drivers from other countries to fill vacancies in the UK proving to be ineffective, as the three-month term offered was not attractive to workers from the EU and beyond.

The representatives also said that despite the sector’s efforts to increase pay and improve conditions, future recruitment were being complicated by poor facilities for drivers in some areas.

“Government didn’t talk to industry [about the visa scheme]. There was no real sense that it was anything other than a press release as a policy,” Cold Chain Federation Chief Executive Shane Brennan said.

“We need to start thinking about our post-Brexit labour market in a new way to establish generational change in our workforces, both industry and government immigration policy. The vast majority of our drivers are going to retire in 5-10 years. We can be in control of our immigration system without having a closed door.

“We need to be planning not only for next Christmas, but for the next five years.”

There were some positives, though. Policy Manager at the Road Haulage Association, Sally Gilson, praised the logistics industry for its innovation and resilience in tackling the driver shortage and said the government’s boot camp scheme for fast-tracking new HGV qualifications had been very successful and should be continued.

She said there had been a significant increase in the number of women joining the sector, but the poor quality of drivers’ conditions and facilities was putting off potential recruits.

“Everyone needs somewhere safe, secure and quiet to rest up overnight. They don’t want the fear their truck is going to be broken into,” said Gilson.

“We have some excellent truck stops within the UK, but they are few and far between. Government announced £32 million in funding last year, we’re still not entirely sure how that’s being used. Until you improve respect for workers, you’re not going to attract a more diverse workforce.”