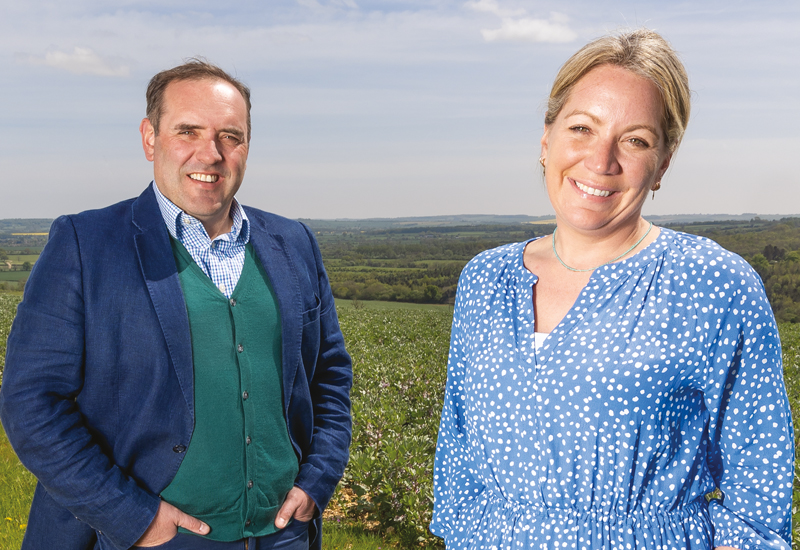 Brother-and-sister team Tom Gittins and Jess Douglas are leading Cotswolds-based buying group Confex into the third generation of the family business. And they’re covering every eventuality…

If there’s ever a zombie apocalypse, Confex is definitely the place to be,” jokes Tom Gittins as he shows off the buying group’s head office.

“There’s a bomb shelter underneath us and it’s all lead-lined, so it’s very safe.”

The Confex managing director isn’t readying himself for the latest doomsday prediction that could threaten the sector, though. Instead, he’s talking Wholesale News through the storied past of the building the group now calls home.

The site in the Cotswolds village of Upper Rissington used to form part of the RAF’s base that stretched across to neighbouring Little Rissington, after being built in the run-up to the Second World War. The facility has been used for training, as a large-scale hospital for injured pilots and to house the Red Arrows, so it’s equipped for all eventualities.

While those days have gone and the RAF’s needs in the area are no longer as significant, it’s paved the way for businesses to move into the newly created office space. Confex arrived in 2021, taking one of the largest spaces in the complex to make it their new hub for a remote-working model that now sees employees, suppliers and wholesalers – rather than pilots – flying in and out.

“We still have our main management in once a month and the BDMs [business development managers] are in once a week,” explains HR & Marketing Director Jess Douglas, who is accompanying older brother Gittins on the tour.

“We need to maintain that team spirit and we don’t want to lose that, so face to face is still important – as it is with members and suppliers – but remote working has worked really well. It’s not for everyone and it’s not possible for some jobs, but it has been a positive step for us.”

It’s clear that while Confex’s head office is steeped in history, it also represents a move towards the next step of the buying group’s future. And for a business that has continually adapted in its 50 years to reach this point, moving with modern working trends is the latest chapter in that.

“Productivity has increased, our overheads have decreased by 10%, we’re now a carbon-negative business and everyone’s work-life balance is great – it’s definitely the way forward,” Gittins continues.

“Being remote also encourages new hires and has expanded our talent pool massively. We’re now a national employer because we’re not restricted to working in the office every day, otherwise we’re looking at an area of two hours max or it’s too far for people to drive.

“I don’t think we’d have done it without Covid, but Covid did force us into that and we realised it could be done. Then after Covid, we said to everyone, ‘are you happy to keep doing it this way?’ and we got a unanimous ‘yes’.” 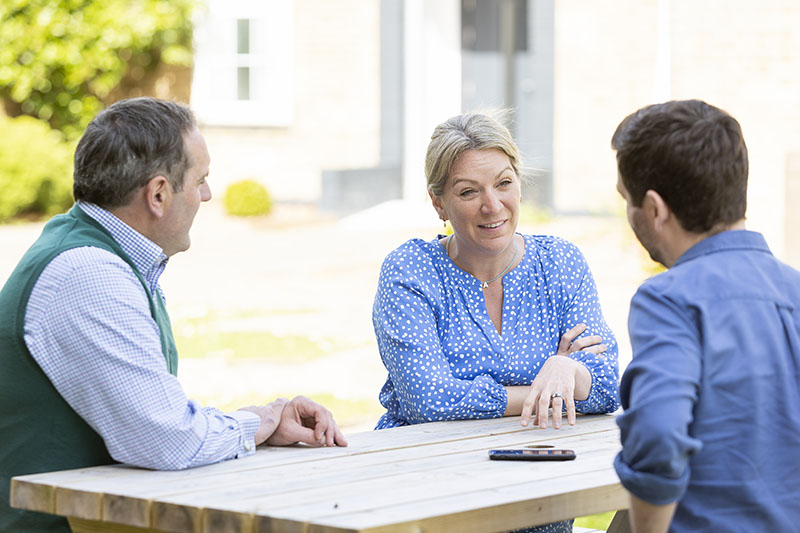 A switch to remote working hasn’t been the only big move for Confex in recent years. After mum Nicky White stepped down in late-2019, there was a gradual transition to Gittins and Douglas taking the reins – which was officially rubber-stamped at the start of 2021,at the same time as Confex moved to becoming a true co-operative as a profit-share business.

More than a year on and the buying group is celebrating its 50th anniversary with the third generation of the family at the helm. Throw the Covid pandemic into the mix as well and it’s been a natural time for reflection, looking at how things need to evolve in the short term but also quite how far the business has come since its formative days.

“Our great-grandfather was a Belgian refugee who came over to the UK after the war and went to work at Bournville, where he met his wife in the chocolate factory there,” Gittins explains.

“After a while, he decided he wanted to run his own factory and he became a producer of boiled sweets. Our grandfather, Julien Loffet, eventually took it over and sold it, before buying Confex, which at that point was five wholesalers and a name. His business partner, Sidney Lumley, was a wholesaler who’d sold his wholesale business, so you’d got manufacturer and wholesaler, supplier and member coming together to start one of the first buying groups.

“Confex is short for confectionery and when it started, it was pretty much a confectionery buying group. Then about 20 years in, we got into soft drinks. Then it kind of grows and expands in categories and membership because you get the soft drinks, then the fast-food outlets want to join, then you’ve got your volume into foodservice.

“You’ve got chips and fish to begin with, then kebabs and fast food, so you start getting great deals on foodservice products, so the main foodservice wholesalers join. Now we have people such as Woods Foodservice, who are very high-end and supply Heston Blumenthal and other Michelin-star chefs.” 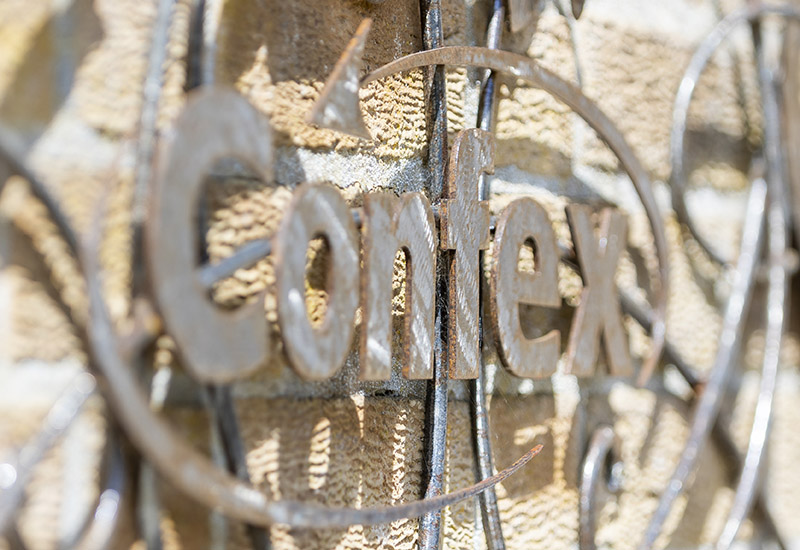 From only five wholesalers at its inception in 1972, Confex now has 220. And as Gittins explains, it has been a gradual journey. From establishing a strong base under Loffet to digitalising the business and diversifying under White, each changing of the guard has helped the group evolve further.

The early indications suggest that’s the same with Gittins and Douglas. As well as setting up camp in a new office suitable for remote working, they’ve launched Confex’s successful own brand, CORE, and have started to put data at the heart of everything they do.

The pandemic has arguably sped up some of these plans, as the siblings put the relative downtime of 2020 to good use by kickstarting projects that had been on the back burner or reacting to the effects of Covid to future-proof the business against any future crises.

“Covid has forced us to change and re-evaluate,” Douglas says. “I think that’s important because you can’t stay stuck in one place – our suppliers and members have noticed that in the past few years. If you sit still, you get left behind and it’s not just about the products and price anymore, it’s about so much more.

“A lot of the projects we’ve taken on board have been due to Covid. Data is so important now because of supply issues; forecasting and all that has become more apparent.” Gittins adds: “All of the directors believe that data-led insight is what’s going to help us and our members grow. Data is going to be at the heart of everything we do. We’ve brought on Confex Data Insight with TWC last year and are now working towards having a massive chunk of the business in the group going through our data portal.

“That’s available there as a data set and we want to develop that and get more people on to the data – that’s how we’re going to be up there with the multiples because they’ve been data-driven for 10 or 15 years. We’re behind but we’re catching up very quickly and I think that will give us the insight about how we grow and what we need to do.” 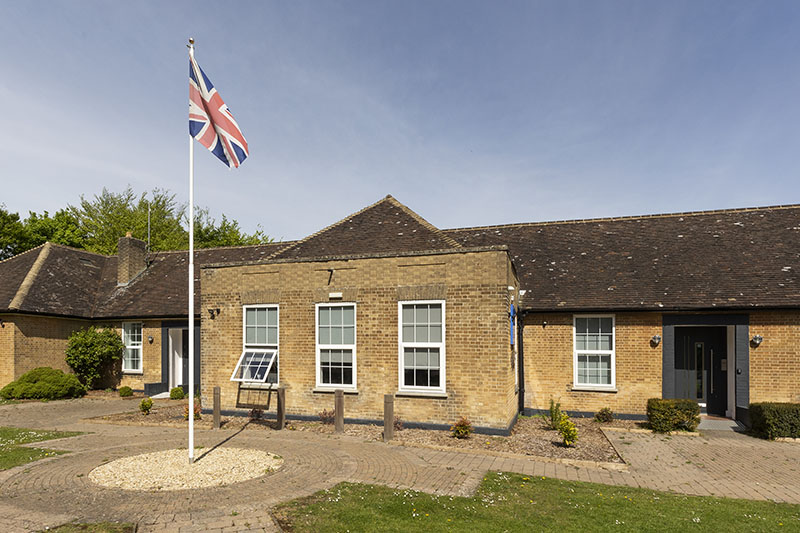 Other initiatives such as consumer-facing service Confex Direct and ever-growing projects including the Retail Club and Sample Box mean the buying group is covering several bases. A new service suppliers booklet of recommended group providers is another tool Confex has added to makelife easier for members. It all promises a bright future. But while plans are being put in place for the next few years, has the 50th anniversary encouraged the family to think if there’s a fourth generation in the offing?

“I won’t force my children into doing it and I’d like them to forge their own paths. That’s how it was for us, so we both had careers in alternative industries before joining Confex,” Gittins considers.

“I do have a nine-year-old daughter who I could see doing it because she’s that sort of person, but who knows?”

Whatever happens, though, it’s clear the next half century will look a lot different to where things are now.

“I’m sure Confex will be here in another 50 years, but I think it’ll be very different,” Gittins continues. “We have to accept that and you have to make sure it’s different in a good way in that it’s because we’re leapfrogging everyone else and being market-leading.

“But as long as you accept you need to adapt and have members who are willing to do the same, let’s go on the journey and see what happens because nobody could have predicted what’s happened in the sector and the world in recent years. What we do know is, we’re here at the moment – it’s exciting, growing well and long may it continue.”

After the past few years, it’s sage advice for everyone to follow. Although, let’s hope Confex’s back-up plan for a zombie apocalypse is one preparation that won’t be needed.