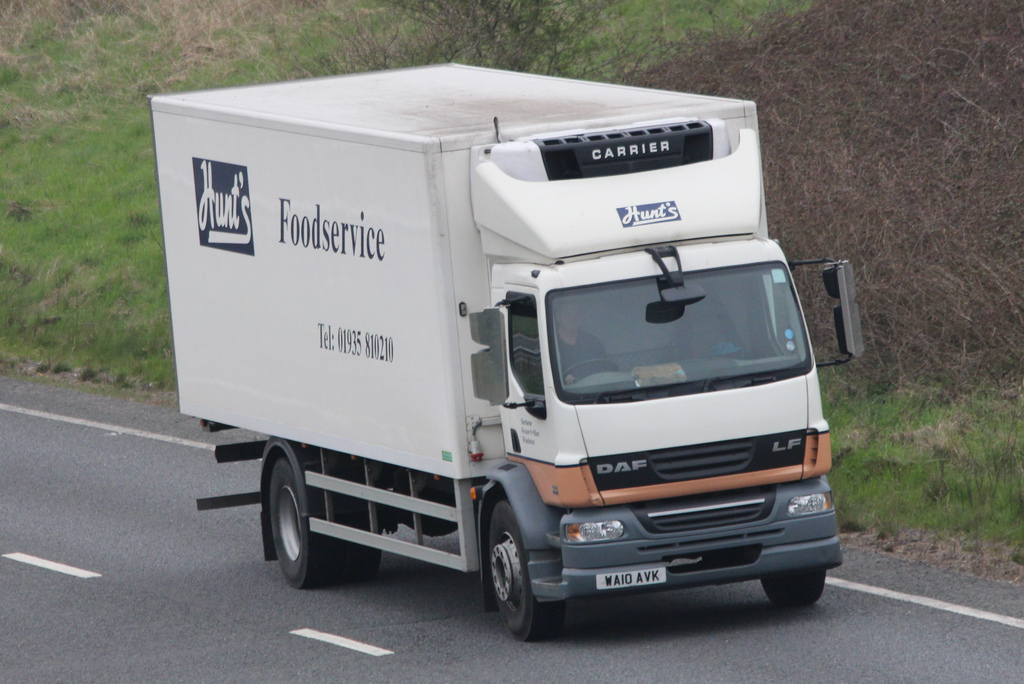 As a family business with more than 100 years of trading under its belt, Hunt’s Foodservice can lay claim to two rather unusual records – the oldest board of directors in the wholesale sector and the youngest management team.

In between a board which includes two octogenarian non-execs and is chaired by his 97-year-old aunt Sybil, and a youthful operations team of five 25- and 26-year-olds, including his son Thomas, is Richard Hunt: a former farmer and current Managing Director of the south-west distributor of frozen, chilled and ice cream products.

Since answering the call to lead the family business in 2004, Richard has overseen a transformation from a turnover of £15m operating out of three depots, to a £75m operation with distribution centres in Sherbourne, Gloucester, Redruth and Fareham, along with the wholefood organic business Queenswood in Bridgewater.

“The future’s really exciting.” Richard says. “We feel we’re in a very strong position where we’re still a family run business, which means that with no one taking money out, we’re able to invest everything back in, as we have for over 100 years.

“It was a big move to put these youngsters in charge, but their grasp of technology means we’re able to grow fast. We’ve been able to implement systems and get the best out of them quickly as well. The staff have bought into them too.”

“The Voiteq headset picking system have very clever pay-as-you-pick formulas which could never be managed manually when you have 100 people on a nightshift. It means we can see who’s working hard, and who doesn’t make errors, and we reward those who are doing well.

“We’ve also put a lot of effort into transport with a pay-as-you-drive system, and again it’s the implementation that’s as important as the system itself, so we’re lucky to have some very, very bright young guys who are driving the business forward.”

Motivation and incentive drives the company, with the sales team run like a football league table. “You want to be the promotion places and not in the relegation zone,” Richard says. “If you like competition and challenging yourself, we’re the right company to work for. In most of the business, there’s a degree of completion, and the better you are the more you get paid. The management’s job is to help people get better.”

The technology extends to the sales team, who can sit with the customer and give them quotes live via and iPad. There are also office-based account managers, including FWD Gold Medal winner Jeff Robson, who can provide immediate prices over the phone.

“That’s what the customer wants, an instantaneous price,” Richard says.  With EPoS, EDI and Apps available to customers, online ordering accounts for about 12% of Hunt’s sales, but the telephone still does the business. “People still like to ring in and get an instant quote, and negotiate too.

“They can get a price right away and the stock tomorrow – it’s a swift, efficient system and so much more valued by the customer than having a travelling rep who comes back at the end of the day to do the paperwork. That’s not good enough for the customer these days.”

“It was a big move to put these youngsters in charge, but their grasp of technology means we’re able to grow fast”

As with any independent, customer service is at the core of the business. Most of Hunt’s customers are themselves small or medium-sized independent pubs, coffee shops and restaurants, who appreciate the close relationship with a local distributor. Richard says some of his competitors with national accounts sell on price alone but that chefs will pay for Hunt’s better quality, especially from local suppliers. “Regionality and provenance, the story around the product, is so important to the independents we supply,” he adds.

“That relationship between independents supplier, wholesaler and customer – when you get it right, it’s a very nice balance. Our customers know we’re a family business, and that if something isn’t quite right they’ll get a family member ring up to talk it through. Our industry is still all about the relationships, and we’re lucky to have great drivers, storesmen and sales people.”

While acknowledging that the market is about to become more crowded with Tesco’s interest in foodservice likely to shift other operators towards the independents, Richard is very upbeat about the future.  “`Twenty years ago Mr Average would go out once a year for a celebration meal, he wouldn’t think of buying water, sandwiches or coffee every day. Now people go out to eat or get a take away once or twice a week, they buy rather than make their lunch, so the mood has changed completely. That trend is just going to continue, even if the economic climate worsens.

“We might see margins squeezed, but turnover increase. If a pub can double its number of covers it can drop its prices, and actually the top-end restaurants will always hold up.“

With accreditation and traceability becoming increasingly important, Richard says the risk to caterers who buy “off the back of a van” will only increase.  Particularly in the case of Best Before dates on meat, where the distinction between best before and out of date is poorly defined and under some scrutiny, customers will become more wary of their suppliers’ credentials.

Richard believes the impending severance from the European Union won’t dramatically change current food regulations, and while he thinks it will ultimately resolve itself, he has a warning for food operators as the deadline approaches.

“The biggest problem will be April 2019,” he says. “Getting trucks through ports with new customs regimes, I expect we’ll see issues with availability of the 40% of our food that the UK imports. At Hunt’s we have the advantage of huge cold stores and we’ll make sure they’re full to capacity going into the summer next year.”