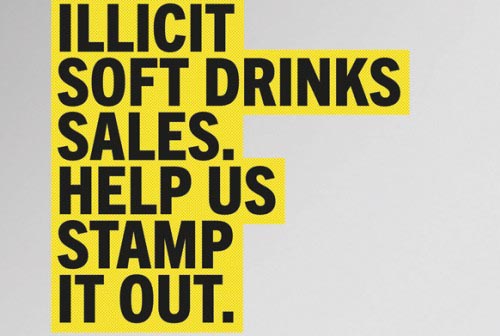 No ground will be given to retailers that challenge levy

A new trade in illicit soft drinks could see retailers inadvertently buying themselves into trouble, FWD has warned.

The Federation is joining the British Soft Drinks Association and the Association of Convenience Stores in a campaign to make retailers aware of the potential fraud risk since the introduction of the soft drinks industry levy earlier this month.

FWD Chief Executive James Bielby said: “Imposing a tax like this in the UK creates the opportunity for someone to avoid it, sell into the market in opposition to those who trade within the law, and make a tidy profit on the deal.

“Some manufacturers have reformulated their brands to reduce sugar content, so those products’ prices won’t be affected. It’s those that are above the levy threshold that could fall prey to illegal operators.

“Retailers may find themselves offered stock of these variants from the back of a van, and should be aware that if it’s cheaper than their usual wholesaler there’s a good chance it’s because the levy has not been paid.”

The Illicit is Illegal campaign invites retailers to report any suspicious traders to the HMRC Fraud Hotline, 0800 788 887.

It says: “Illicit trade poses a serious threat to the soft drinks industry. If you suspect an individual or business is importing soft drink without paying the full levy, report this to HMRC immediately. “

James Bielby added: “We absolutely have to avoid the scenario we saw in the worst years of alcohol duty fraud, where FWD member wholesalers would suddenly see sales drop off a cliff whenever illicit supplies flooded into their area.

“Retailers are the eyes and ears of their wholesale partners, and they are the first to know when there’s illegal activity in the market.”

FWD is working to ensure the right measures are in place for enforcement officers to tackle fraud as a result of the levy.