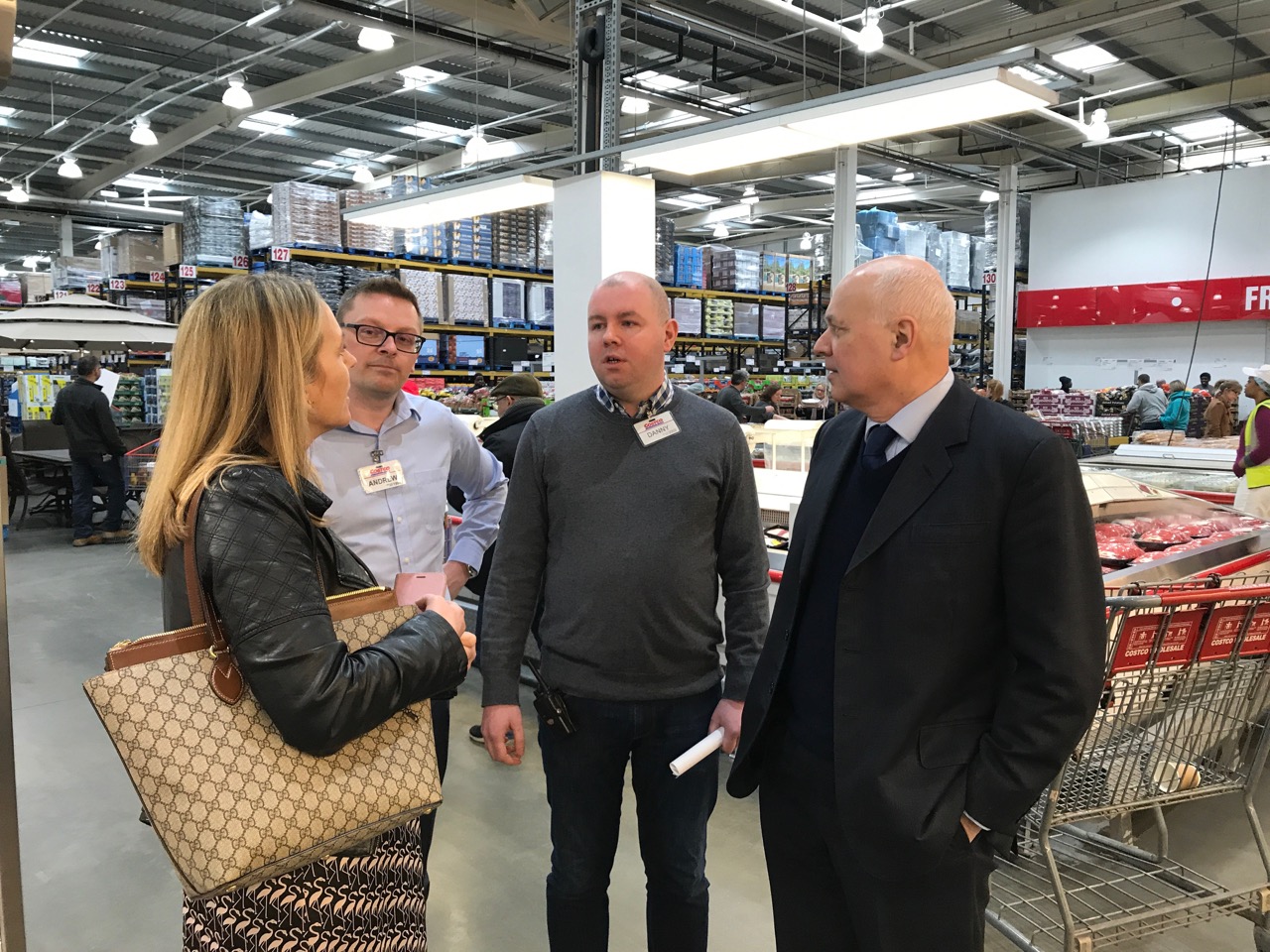 Putting wholesale on the political map

Four high-profile politicians have been introduced to the wholesale sector in recent weeks through FWD’s programme of visits to its members’ premises.

MPs Iain Duncan Smith, Kwasi Kwarteng, Dan Carden and as well as West Midlands Metro Mayor Andy Street have seen for themselves how FWD members support businesses in their constituencies.

Mr Duncan Smith visited Costco in Chingford to meet colleagues and customers. In response  to FWD’s briefing about crime in the North London area, he has written to the Home Secretary to demand a more proactive response from the police to thefts on cash and carry car parks.

Andy Street, who became Mayor of the West Midlands last year, attended an FWD roundtable event with representatives of members East End Foods, Booker, Bidfood, Indus Foods, Select & Save, SK Foods, Sugro and the Today’s Group, plus the Association of Convenience Stores. The Mayor was particularly interested in transport and delivery issues in the region, and how wholesalers’ retail customers could help provide public services.

James Bielby said: “We often meet ministers and MPs in their Westminster offices but nothing beats getting them out into a depot and showing them what wholesale is all about. An hour on the shop floor helps them appreciate the massive contribution FWD members make in their constituencies, not just supply products to independent businesses, but supporting them with advice and inspiration, and also working in partnership with public institutions like schools and hospitals.

“Once they understand this contribution and the barriers that threaten it we are able to ask MPs and regional representatives to support us in our lobbying work on behalf of the sector, and use their influence to make sure our voice is heard in Government decision making.”