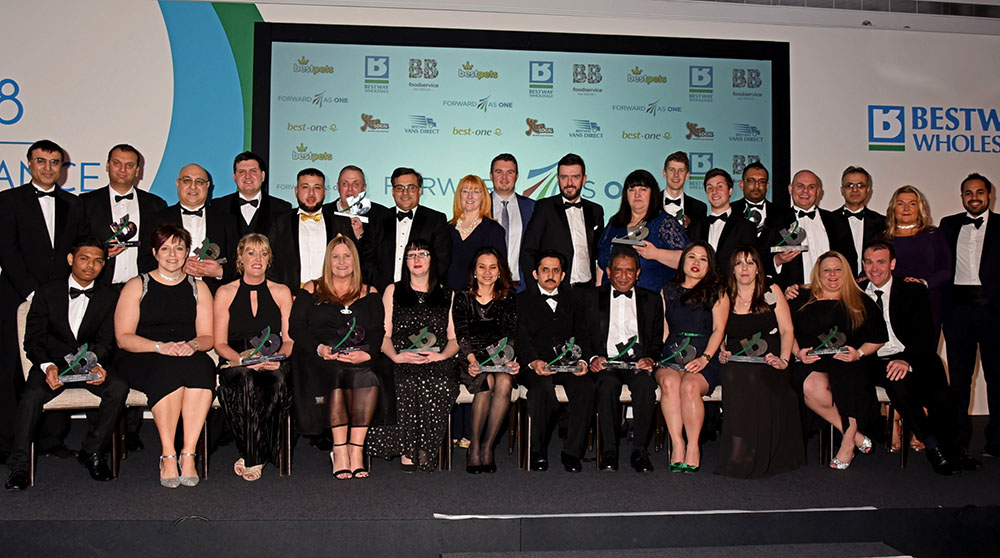 The year’s top achievers are recognised at annual awards bash

Bestway recognised 17 of its highest-performing employees in 2018 at its annual performance awards night.

The event, which rewards the best achievements from the cash-and-carry giant’s stable, saw a host of achievers take to the stage to celebrate the work that has been done across the company’s last financial year.

More than 500 Bestway colleagues and supply partners attended the glittering ceremony, with each department represented in the judging panel – with the night’s biggest individual awards going to Driver of the Year, Stephen Horgan from Plymouth, Picker of the Year Kaushal Kaushal from Abbey Road and Romford’s Akhtar Ali, who won Depot Colleague of the Year.

Managing Director Dawood Pervez was delighted by the quality of this year’s entrants and said it wasn’t an easy decision to separate the entries.

“For over 14 years, our performance awards have been central to Bestway in recognising the commitment and exceptional talent we are proud to see within our own, and our suppliers’, businesses,” said Pervez.

“The awards are all about championing our people. While there has to be winners within the awards process, every one of our nominees, chosen by their colleagues, are winners. We’re enormously proud of our team and wholly committed to ensuing Bestway remains a great place to work, offering strong careers, alongside development, progression and reward.”

Community Awards – Bestpets for its Watch the Birdie campaign

Depot of the Year – Batleys Liverpool