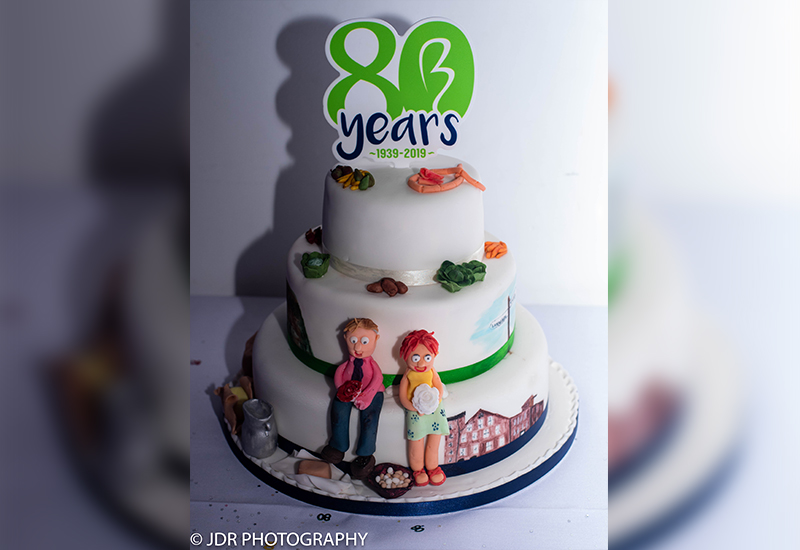 The Birchalls joined employees and customers to make eight decades since the foodservice wholesaler opened its doors for the first time.

Starting in Burnley in 1939, Birchall Foodservice has blossomed from only selling four products to a £30 million operation that employs more than 150 members of staff across depots in the Lancashire town, Durham, Sheffield and Stoke-on-Trent.

And it was those employees who saw in the anniversary with a party packed with fun and memories.

That was followed up by a so-called BIG Event for customers, which saw 200 guests from across the north of England to enjoy a foodservice exhibition that included supplier stands, food vans and a exclusive tasting of the company’s turkey offering for Christmas.

Several members of the Birchall family attended the employee event at the Prairie Sports Village, with Chairman Colin Birchall and his wife, Christine – who is secretary – attending as guests of honour and being given starring roles on a special cake made for the occasion.

But while 80 years is an impressive innings in itself, Colin revealed the Birchall Foodservice’s history books go back much further than that.

“We’re celebrating the 80th anniversary of the formation of the limited company, however, it was more than 100 years ago when my grandfather George Chichester Birchall started wholesaling to bakeries from the rear of his off licence, selling eggs, flour, butter and yeast.

“It was the call to arms for my father in 1939 at the start of World War II that promoted the formal registration of the limited company, which we are now celebrating.

“It has been an honour and a privilege to play my role in the ascension of the business it’s wonderful now to see three generations actively working in the company to take it forward and hopefully enjoy even more success in the future.”