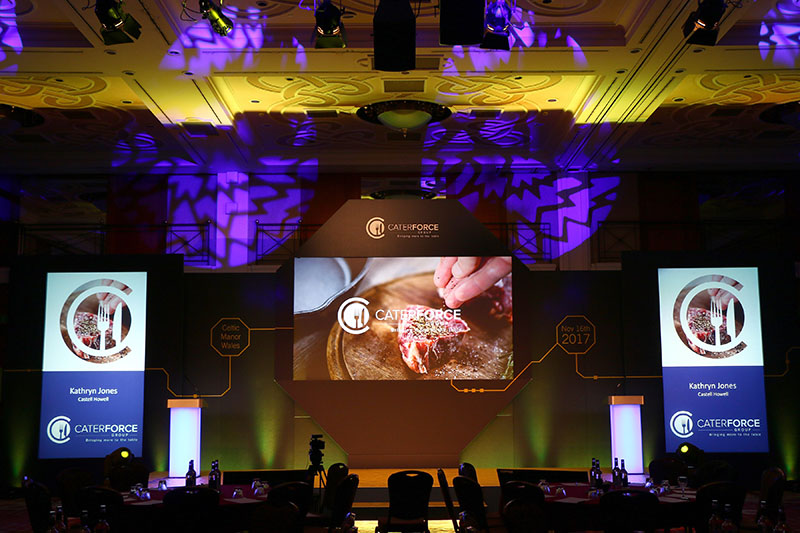 Turnover on the rise at Caterforce

Investment in buildings, transport and technology are paying off for Caterforce as the foodservice buying group revealed its forecasting revenue of £537 million for 2019.

The business announced a like-for-like increase of 9.1% versus figures in 2017 at its biennial conference and a prediction that its turnover will be in excess of £600m by 2021 – a record total for the group. The numbers come on the back of Caterforce’s £37m investment in the past two years and marks an encouraging growth.

The announcement was made by Interim Managing Director, Gary Mullineux, at the company conference – called the Market Uncovered – which was held at Celtic Manor Resort in Wales in front of a record attendance of more than 300 delegates from across the industry.

“As a group it’s been a very successful 12 months and the business is in an extremely healthy position,” said Mullineux, who stepped into the role following the news that previous Managing Director Nick Redford was stepping down at the end of 2019.

“Each of our seven members has continued to grow, invest its infrastructure and as a group we’ve put a lot time as well as budget into key areas such as people, technology and locations. All of this alongside the success of our Chefs’ Selections range and newly launched coffee brand, Roast 440, has helped contribute to what we believe will be record turnover by 2021.”

Caterforce‘s conference was also the perfect time for the buying group to launch its new CSR policy and code of conduct for suppliers.

The new strategy contains aims and objectives for Caterforce and each of its seven members, including Philip Dennis’s commitment to save 20 million kilograms of CO2 by using wind turbines and JB Foods’ work with Fareshare and Social Bite to reduce food waste.

Caterforce’s own brand, Chefs’ Selections, has committed to removing the use of all black plastics and moving to unbleached cardboard by 2022. It has also pledged to ensure 100% of its plastic packaging is reusable, recyclable or compostable by 2025.

“It’s now more important than ever for businesses to embrace corporate and social responsibility,” Mullineux added.

“Consumers are now far more aware of issues such as sustainability, personal health and wellbeing and animal welfare that’s why as a business we’re committed to change. On top of the recycling targets we’ll be also committing to reducing the amount of sugar and calories in our own brand products by 20% by 2025.”