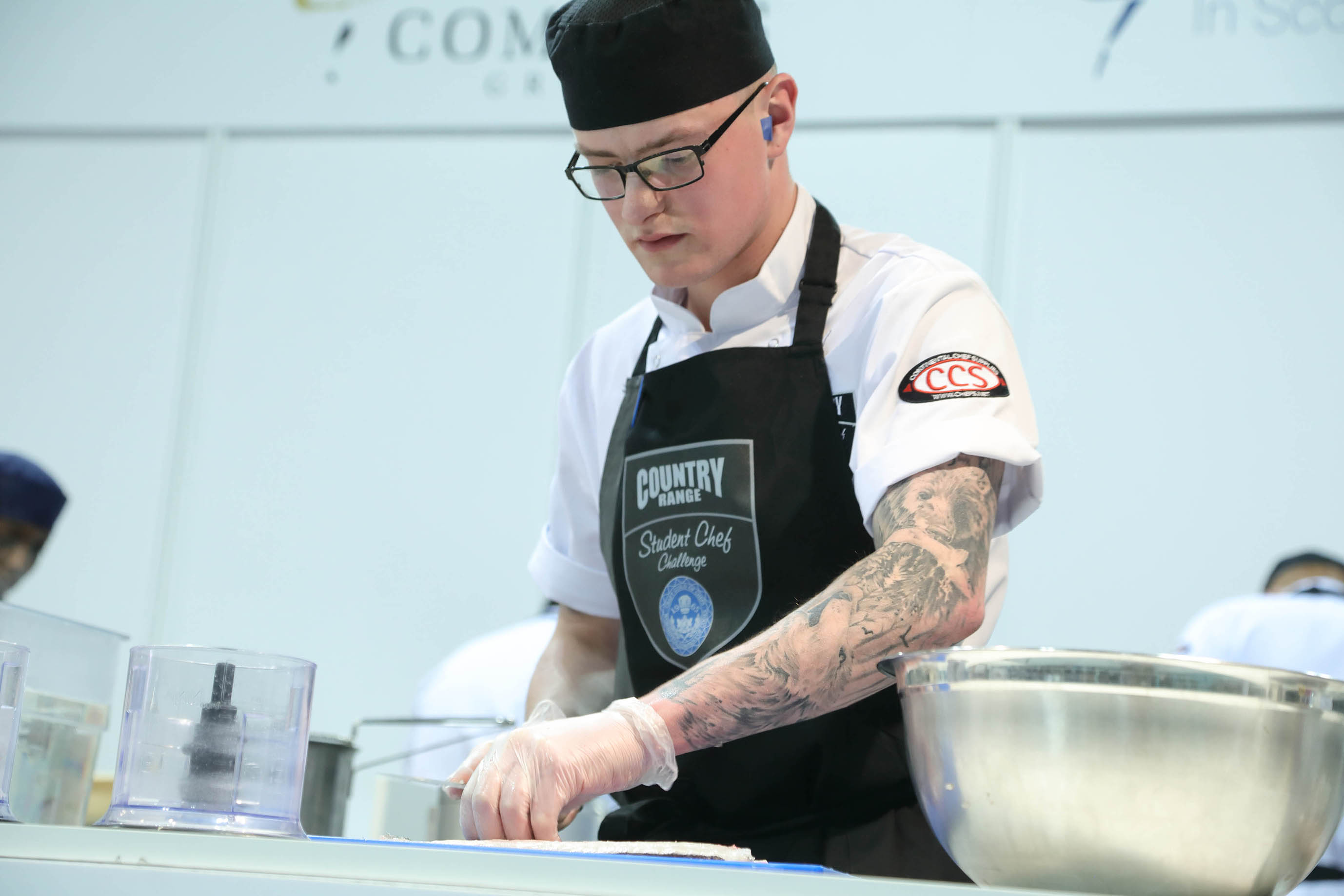 The semi-final line-up for Country Range Group’s Student Chef Challenge has been announced, with 14 college teams vying for this year’s price.

Colleges from Scotland, Northern Ireland and England are going head-to-head next month as they try to qualify for the final later this year.

The competition, which is in association with the Craft Guild of Chefs, is seen as a great entrance to the industry for young chefs wanting to make their name in the hospitality sector.

The semi finalists include entrants from as far north as Glasgow and Ayrshire, and as far south as Hampshire, having been whittled down from host of colleges.

“Each and every application submitted had merit but unfortunately only fourteen teams can make it through so a huge well done to them,” Craft Guild of Chefs Vice President Chris Basten.

“The hard part now is to recreate that excitement on the plate and palate under competition conditions in the semi-finals.

“The students who submitted applications clearly put a lot of time and effort in their menus as the level of detail was fantastic, with some modern and classic trends, skills and techniques listed in their methods such as pickling, rehydrating and compressing. Best of luck to all students in the next stage.”

Last year, City of Glasgow retained their title and will fancy their chances of making it three in a row, although based on the strength of this year’s entrants, they will have to maintain high standards.

“Congratulations to all the teams who have made it through to the semi-final heats and commiserations to those who just missed out,” said Country Range Brand Manager, Visita Jantabutara.

“It was an incredibly difficult decision for our judges as the quality of menus submitted was phenomenal and is an example of the fantastic young catering talent we have in colleges around the UK and Ireland. Good luck to all the teams in the semi-finals. I certainly can’t wait to see what is dished up on the day.”