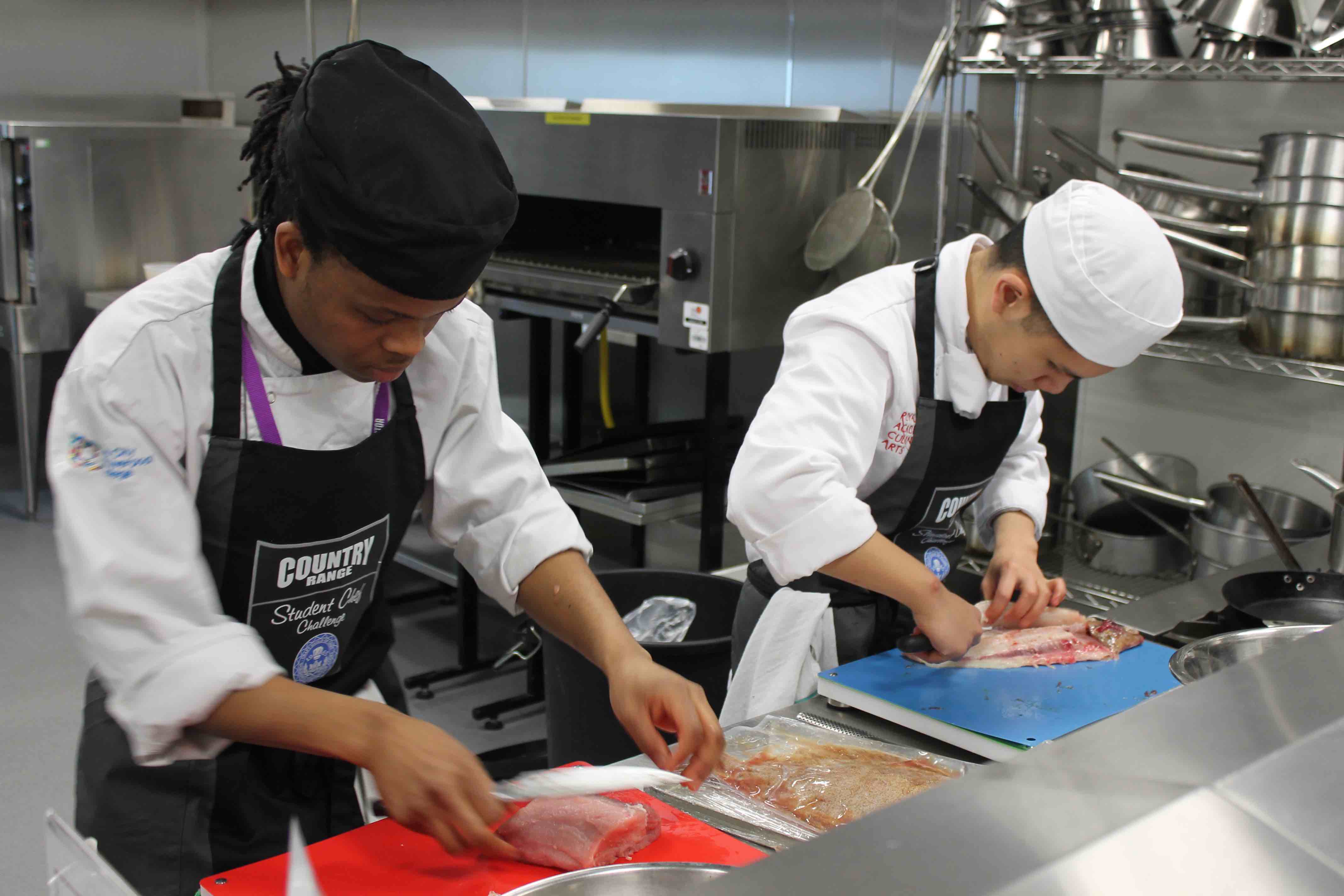 The final 10 colleges contesting for the 2020 Country Range Student Chef Challenge crown have been revealed.

The finalists from higher-education sites across the UK made the final after qualifying from two semi-finals held at Loughborough College and City of Glasgow College in recent weeks.

March’s final will see the student teams go head to head at the Hotel, Restaurant and Catering Show at Excel in London, with the challengers aiming to take the title from City of Glasgow College.

Among the finalists are Ayrshire College (Kilmarnock Campus), City of Liverpool College and Peterborough Regional College after proving they can use classic techniques and skills to rustle up a three-course meal that maximises the use of ingredients and reduces food waste.

Country Range has supported the event for several years and it has become a regular fixture in the calendar for young chefs hoping to make their mark on the sector.

“For student chefs in the early stages of their culinary career to be able to plan, prepare and execute dishes of that quality is remarkable so a huge well done to all the students who took part in the semi-finals,” said Country Range Brand Manager Vasita Jantabutara.

“The standard throughout all the heats was phenomenal, with some brilliant skills and techniques on show.

“All the students can be proud of their achievements but good luck to the ten teams competing in the grand final as it’s all set up for a fantastic finish.”

The competition is held in partnership with the Craft Guild of Chefs and Head Judge Chris Basten was delighted with the standard on show in the semis.

“I was already excited to see what the students would present in the semi-final heats after reading their menus beforehand and they certainly didn’t disappoint with the execution of their dishes and the flavours they provided,” added Basten.

“It’s always difficult replicating your menu under the watchful eyes of the judges but all the students responded well to the pressure and showed off some fantastic skills and techniques. Commiserations to the teams who just missed out but a huge congratulations to those who made the final.”