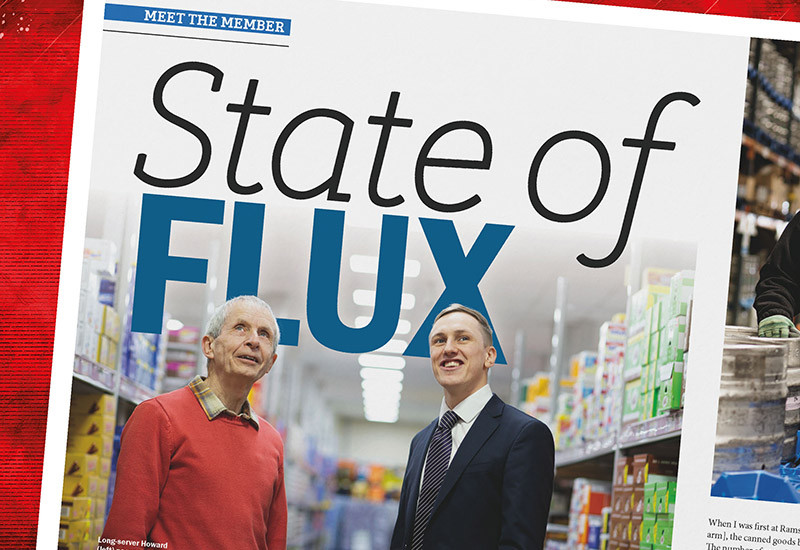 One year on from the first lockdown: Dee Bee Wholesale

When we visited Dee Bee Wholesale a few weeks before the first lockdown was enforced last year, we were still blissfully unaware of what the next 12 months had in store – and we’d never even heard of social distancing

The lead image on the page above says it all. A retiring 65-year-old standing side by side with a 20-something graduate without the slightest look of concern on their faces.

The two are smiling after happily wandering around Dee Bee Wholesale’s depot, passing colleagues and customers without a second thought about keeping their distance. There isn’t a face mask in sight.

Looking back, it feels much longer than a year ago since we visited the Unitas member’s depot in Grimsby for our last member profile before Covid-19 strangled the life out of the economy and forced us all into social isolation.

“We’ve been on a rollercoaster like most people,” says Trading Director Andy Morrison, from the safety of a phone line away.

He’s not wrong. The manner in which our world – and businesses – have been turned upside down makes the 2020 feature’s ‘State of flux’ headline seem churlish in comparison.

“The day after lockdown was announced, I remember having a teleconference with my team,” Morrison continues. “I said they needed to place as many orders as they could that day, then to get themselves home, work out what they could achieve at home and set up with IT, then we’d get back at it for Thursday morning in the new regime.”

There was a frantic scramble for laptops, screens and printer cartridges as Dee Bee’s office-based operation swiftly switched to homeworking. And while that first lockdown lasted 12 weeks, relaxing and strengthening of restrictions has meant normality hasn’t ever returned.

Dee Bee’s office is now a relative ghost town. On our visit a year ago, there was a buzz on the floor above the depot and now single employees commandeer quads that once sat four. Morrison and his fellow directors have adopted rotas so any possible Covid outbreak can’t lay the entire senior team low.

While predominantly retail-facing 20% of Dee Bee’s business is on-trade, so it’s familiar with some of the travails both sides of the sector has faced. Although Morrison points out one interesting factor his customer base has faced that isn’t often discussed in the convenience boom.

“If you’ve got a decent convenience store with a relatively full-service offer, you’re still seeing year-on-year increases of 10-15% with a lot of customers having discovered their local store,” he explains.

“The impact for us overall is that for every one of those stores we’ve got, we’ve got three stores that are basically traditional CTMs that rely on schoolchildren. Fundamentally, big chunks of those stores have lost footfall and have lost business.”

This hasn’t stopped Dee Bee ploughing ahead with its plan to extend its own portfolio of fascia, having added a former Co-op in the village of Howden to its numbers and plans still moving ahead at pace for more too.

That shouldn’t be an indication that all has been plain sailing though, far from it. Morrison showed off Dee Bee’s range of kegged beer last year, along with a growing array of wines it’d added to its armoury for the on-trade. As with so many wholesalers, it was left holding the hot potato as hospitality closed down and took a hit on stock already paid for, despite support from brewers and taking advantage of other routes to market.

Now those same depot racks lie dormant, untouched for a long time, waiting for the reopening over the next few weeks. Something Dee Bee is hopeful will make up for some of the losses.

“We have to be ready for what could be the perfect storm,” Morrison adds. “If the vaccination rate continues and the rest of the world continues to lag behind, if other countries are banning foreign travel or we continue to impose quarantine for arrivals, there will be an awful lot of people in this country. If you get nice weather and the pubs are open and 80% of the shackles [of restrictions] are off, I think the country is going to go ballistic.”

If that happens, Dee Bee’s two depots in Grimsby and Hull may soon be flooded with customers again.

Pre-Covid, the percentage share of business in people visiting the depot stood at 20%, but during those initial weeks and months of the virus landing that number ballooned. Screens were put up around the site for safety and social-distancing measures kept to, but the footfall and demand was unprecedented. 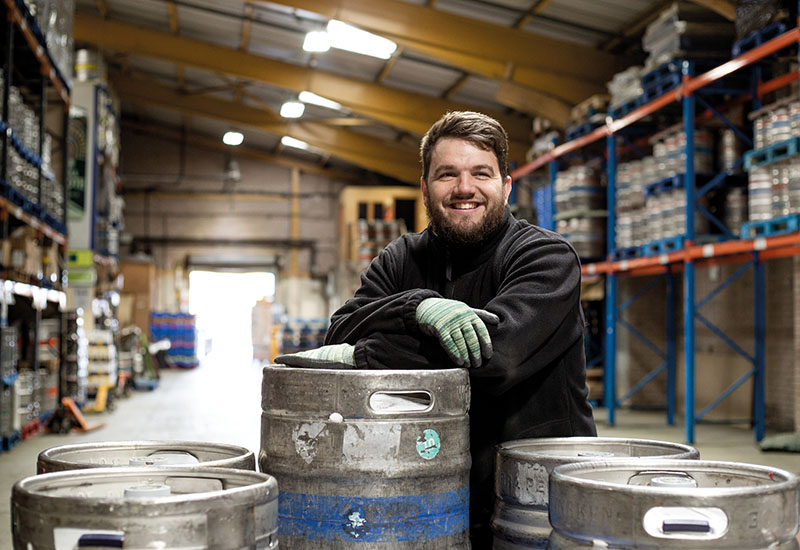 “The main thing was trying to look after our key customers because they’d been loyal to us, so we needed to be loyal to them,” Morrison explains.

“Things like allocations we introduced when we’d got stock or knew it was coming in to allocate to our core customers first. It’s served us well because we got a lot of support from customers – they realised anything we’d got in stock, we could have sold 10 times over.

“We had full trucks coming in and by the end of the day, stock was gone. We almost had people fighting in depots for stock.”

As the changing nature of the lockdowns has calmed down that initial furore seen last spring, some of the changes Dee Bee has quickly adopted in the past year appear to be here to stay.

A dedicated Zoom meeting room has been created in the office for private calls, which Morrison expects to remain as suppliers increasingly look to technology to replace travel time for face-to-face meetings, while online trade shows appear to be here to stay too. Dee Bee’s first venture into holding virtual trade events had mixed results, but being forced to embrace technology has provided some new food for thought.

“We hold two trade shows a year, so the second-half trade show we want in the physical world because we want to see our customers again and want them to meet each other and interact – it’s the same with our suppliers,” Morrison says. “When we do a physical one again, we might mash the two together. The thought process is using the digital facility to capture orders rather than the paper PLOF we’ve been using. We’ve built a tool digitally that is effective at the same show, so we could use that at the trade show – be it on a customer’s phone or tablet to capture orders.”

It’s exactly that progressive nature wholesale needs as we move away from the peak of the crisis. There will undoubtedly be more bumps in the road before we’re back to the world we knew when we last went to visit Dee Bee, but it’s important that after lockdowns, the lessons the industry learned then aren’t forgotten as quickly as they had to be learned.

Industry insight expert SalesOut assesses the impact on the sector: