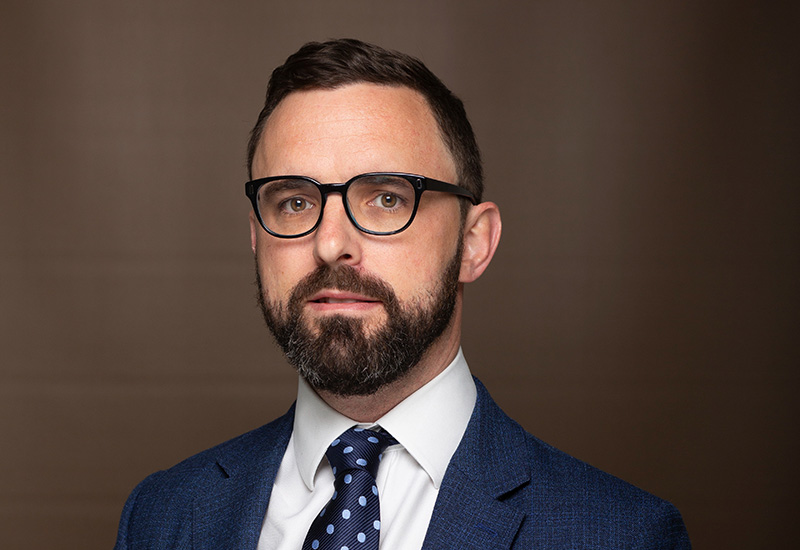 After rolling out a revamped geographical approach that will see JTI’s sales force become business advisors, Sales Vice President Ross Hennessy explains what this means to the sector

So, JTI is having a shake-up of its sales force. How are you changing things?

We’re going through a big change that went live at the end of January. For the sales team in the UK, it’s probably the biggest change we’ve had in about 20 years.

We are the largest tobacco company in the UK and had an award-winning field force, so things were in good shape. About two and a half years ago – and not linked to Covid – we were looking at how the industry is changing so quickly. There were wholesalers becoming retailers, retailers becoming wholesalers, people dipping into convenience, and there were mergers and acquisitions.

We had a great field force and a good structure but were asking ourselves if it was right for what the future has already started emerging as. We challenged ourselves to see if we could be even better.

Up until the end of last year, we effectively had two field forces. There was a third party called CPM, which we had a phenomenal relationship with for 23 years, who were covering the key multiple grocers, the gas channel and convenience. Parallel, we had our own internal field force that were covering only independent and a lot of the symbol stores. Now we’re going to merge these two together. We will have one in-house JTI business advisor on a territory and they will cover every single outlet within it, irrespective of channel. It’s a very big change for us.

What does this mean for boots on the ground?

There will now be one person responsible for every trading channel. Our business advisors who walk through the door of an outlet will be trained to a much higher level and have a
much better commercial understanding of what is happening in that area as a result. That is something that can only be of benefit for retailers and wholesalers.

It’s really important to us that we’re always providing that best-in-class service to our valued retailers. By bringing in this sales force as one unified team in-house, we’re now closer than ever to all the different channels. By hinging it on a geographical approach, they’re going to develop real experience, knowledge and expertise about that area, and the consumer trends. We’re able to advise customers better than we have done before. We don’t want to look at this as a sales force, they’re more than that – they’re business advisors.

How will this new structure impact wholesalers?

The easiest way to think about it is that one person will cover every place that sells nicotine products of ours in each geographical area.

I’m not sure any other FMCGs are putting that number of people on the ground who are going to be in a wholesaler twice, three, four times a week. The beauty of it is that they have the flexibility to go into that wholesaler and identify Nordic Spirit is doing really well there, for example, and can find out more.

They’re chatting to people more than they would have done before it was split out. They’ll be talking to the buyers and saying, ‘we need a retail demonstration day’ or will be bringing in some people to sell a particular product or do some one-day deals, things like that.

Will the territories the new business advisors cover be smaller as well?

The territories are getting smaller because if you’re calling in all of those channels, the territories will need to shrink. That means there are more territories, more divisions and more area managers than before.

It’s about mapping it out and understanding what call files are available around the UK. There will be larger territories in the north of Scotland and really tight territories in London, Birmingham, Liverpool and Manchester. That’s how we’ve mapped it out using a slick piece of technology and mapping tools to help us build those territories so people can service all those channels across them.

Does that bring greater focus then?

What we’ve done is set up a system that’s more ground upwards, so the business advisors are building plans for their areas, along with the area managers. That allows us to be much more targeted and much more focused because they’ll understand the area from start to finish – the blind spots are gone.

We’ve done different things in different regions more and more in the past two years, but the new approach accelerates that. One example [of what can be achieved] is we have a brand in Scotland called Club that’s not available elsewhere in the UK. The Scottish teams have taken ownership of this brand. They generated the idea, the price point and worked with the marketing team to see what activation we could do.

We’re taking that example now and using it to do lots of work all over the UK where the brands are different in different areas. It’s creating that kind of framework where the ideas are generated on the ground and not always coming from HQ. That’s something that is gathering massive pace and can now really get to its true potential because of the new structure.