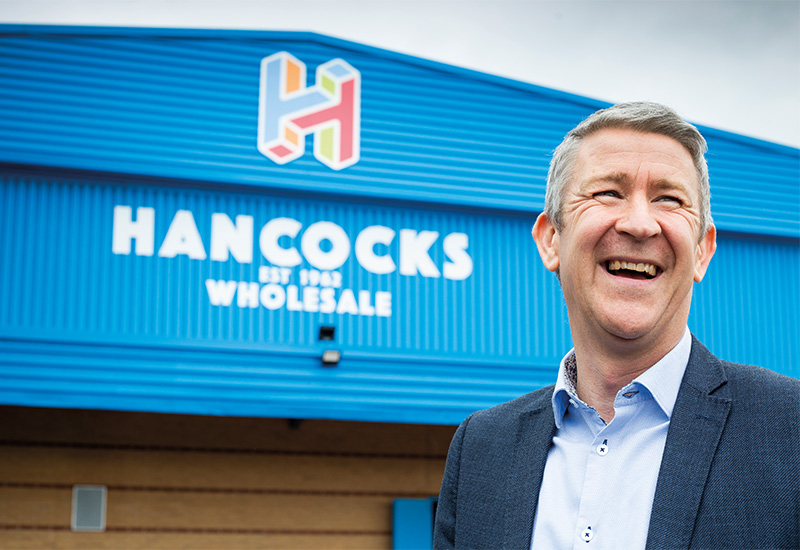 Party poppers were at the ready at Hancocks’ Liverpool depot as the confectionery wholesaler celebrated its 60th anniversary.

The Unitas member is marking its diamond anniversary by hosting a series of events across the UK, with the latest stop of the tour in Merseyside.

The depot on Vesty Business Park in Bootle celebrated with customers and suppliers, with hundreds of offers, prize draws and giveaways making it a day to remember.

The wholesaler’s roots are in the East Midlands and was founded by Ray and Liz Hancock when they started offering wholesale confectionery from their sweet shop in 1962.

In 1969, the second store opened in Sheffield with Stoke on Trent, Manchester and Birmingham opening shortly after. By 1986, Hancocks had seven stores across the UK.

“Reaching such a milestone anniversary is a testament to how our teams across the business work together, the service and products we’re able to supply to retailers, however large or small and the suppliers we work with on a daily basis,” said Hancocks CCO Jonathan Summerley (pictured).

“As with all retailers, we had to adapt and evolve over the years, more so in the last two years. We’ve invested heavily in our online offering, and this combined with the 14 depots across the UK, means we offer flexibility and the opportunity for retailers to shop in whatever way suits them.”

The Liverpool branch opened in 2007 and has a close-knit team of nine staff, serving retailers across Merseyside.

“We’re delighted to be celebrating the 60th anniversary in Liverpool and are looking forward to welcoming customers and suppliers to the depot,” said Liverpool Store Manager Kelly Rodgers.

“Hancocks has a long 15-year history in Merseyside. Over the past two years the business has certainly evolved to meet the changing shopping habits of our customer base and of course to adapt to the challenges of Covid19. It makes this celebration even more important – it’ll be great to get everyone under one roof.

“It is a chance for us to talk to retailers to show them what we have planned for the coming year, the offers available to them and the new confectionery lines we’ll be introducing.”