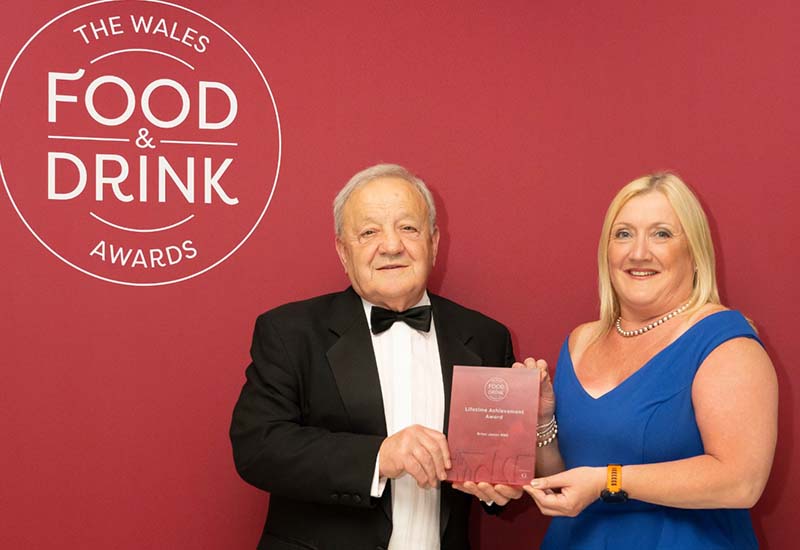 The inaugural awards night was held in Cardiff to celebrate businesses within Wales that have show their commitment to innovation, sustainability and great-tasting food and drink products.

And Jones took one of the top awards, rewarding his journey from farmer to businessman when he launched Castell Howell in the 80s when he started selling frozen food direct to Welsh pubs.

Jones is passionate about sourcing and promoting Welsh produce. In 2003, he launched the iconic Celtic Pride Premium Beef Scheme in partnership with the Wynnstay group and the Welsh Meat Company, recognising consumer demand for consistently high-quality Welsh beef.

The Wales Food and Drink Awards accolade isn’t the first time Jones has been recognised for his work in the sector and was awarded an MBE for his services to the food industry on the New Year’s Honours List in 2008.

“It is an honour to have been recognised at the Wales Food and Drink awards. I am grateful for all the support I have received from my wife Helen, daughter Kathryn and son Martyn, who both work in the business,” said Jones.

“I’m hugely privileged to have so many superb people working at Castell Howell, many of whom have been with us for more than 20 years. It is because of their commitment and hard work that we were able to go through difficult times and create an environment where we could invest with confidence and grow the business.”