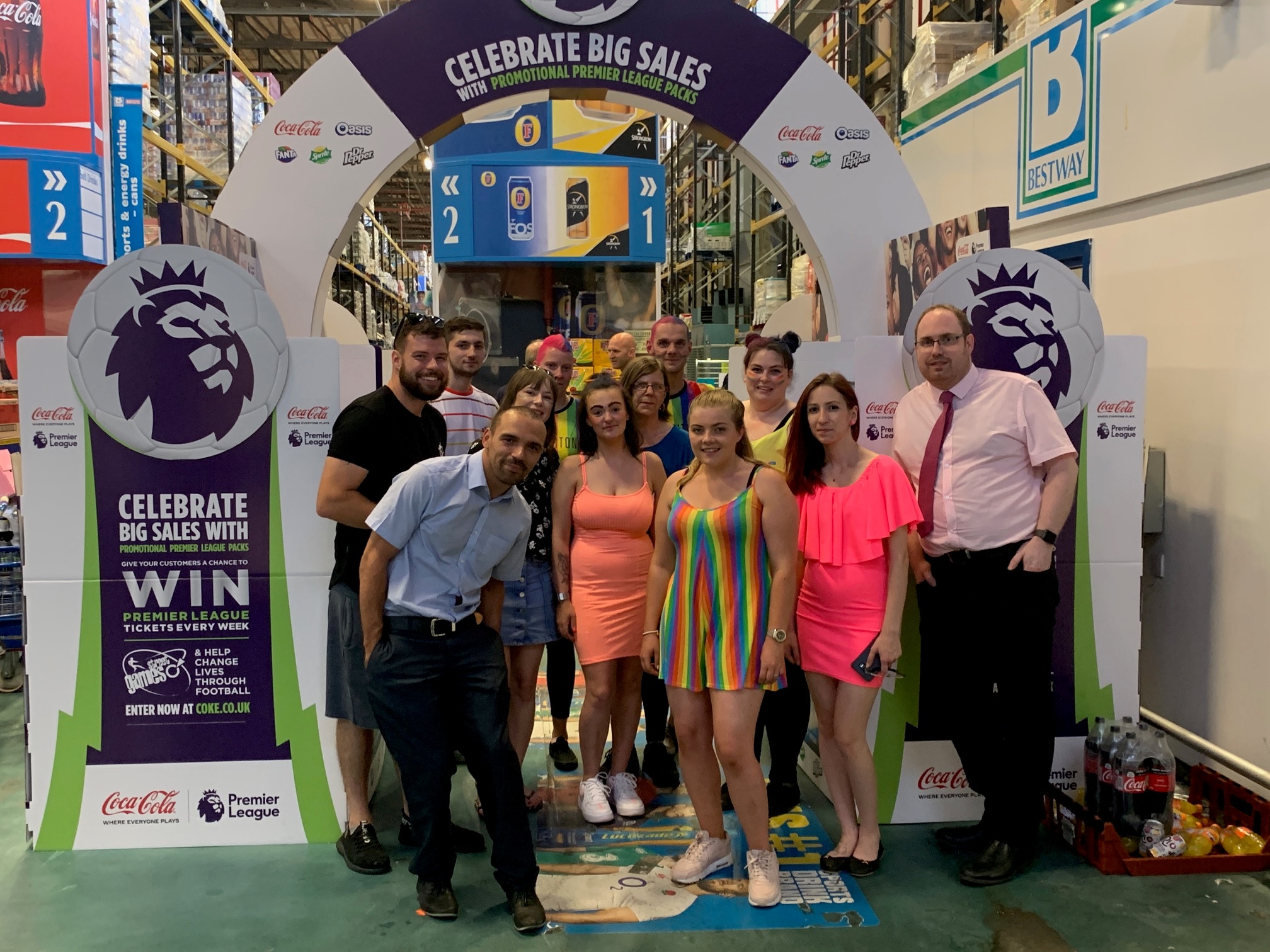 Bestway shows off its Pride

Bestway partners and retailers showed their support for Brighton’s annual Pride festival by coming together for a trade day to partner for the celebrations – with sales increasing by 65%.

Hosted at Bestway’s depot in the south-coast city, the event saw big names brands such as Coca-Cola, Red Bull and Lucozade work together to create a day to remember, with some attendees showing their support by wearing Pride colours.

To build the excitement, the day highlighted deals, offered samples and gave away free products to retailers to highlight the ranges that tend to sell best in independent stores during Pride.

“The Bestway Brighton Pride trade day is a great opportunity for team members to get dressed up and have fun working with suppliers, while supporting our local retailers,” said Bestway Brighton’s General Manager, Stuart Shaw.

“A lot of local retailers are located on the Pride parade route and they can all cash in on the number of people who will visit the city across the weekend.

“We spent six weeks planning the trade event, drumming up the interest of suppliers and retailers with flyers, emails and face-to-face contact, and thinking of ways to create theatre in depot on the day.

“With 40% more customers coming through the door than on a usual Wednesday, the depot team worked really hard along with our local Best-One and Bestway Vans Direct teams to ensure all customer needs were met.”

If the service on offer wasn’t enough, the depot also dished up a curry lunch and had an ice-cream van on site to keep customers cool on what was one of the hottest days of the year.

As the mercury was rising, so were sales with figures up by almost two-thirds compared to a usual Wednesday in the depot.

“Most customers know about and look forward to our event and come into depot looking for top-selling products for Pride – it’s bigger than Christmas down here.

“Red Bull attended with their Wings girls, Monster Energy had their energy trunk and Relentless brought their events van. Brothers Cider and JUUL also supported among others and we had our very own DJ inside the depot.

“We had a couple of completely new retailers visit us this year too and the depot team was able to spend time with them selecting the products that will help them drive sales throughout the Brighton Pride weekend – particularly beers, ciders and pre-mixed spirits.”