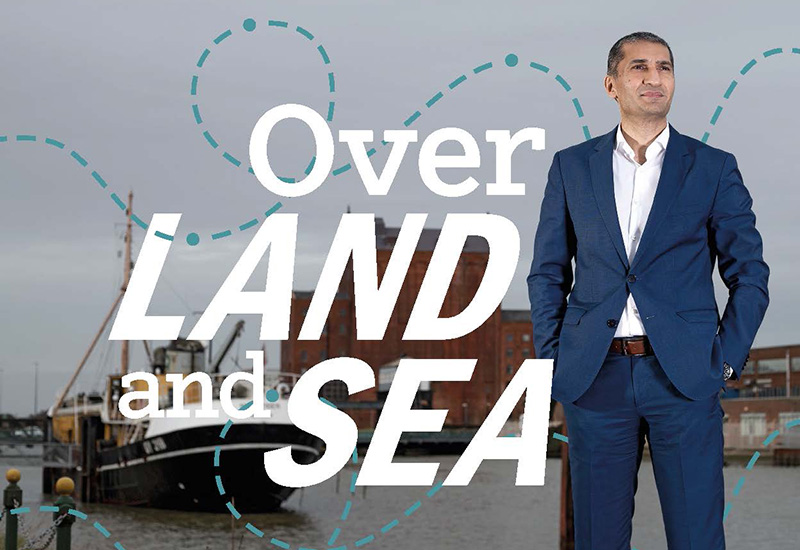 Thousands of people line the streets of Hong Kong in protest, demonstrating against the regime. It’s the latest in a long line of protests, strikes and clashes across the territory as residents stand up against new legislation they believe threatens their civil liberties.

The chaos has ensued for months, with slumps in retail sales and tourism sending Hong Kong spiralling into a recession for the first time in more than a decade. And there’s no sign of it stopping. Hong Kong may be nearly 6,000 miles away from Ramsden International’s office in Grimsby, but the impact of the unrest reverberates there too. When you’re an exporter to 133 countries, remaining adaptable to the latest global events is par for the course.

Whether it’s Brexit, extreme weather, a deadly outbreak of coronavirus or a plague of locusts destroying crops in East Africa, international headlines take on much greater significance when your business has no borders.

“The key thing is thinking long term [when faced with these incidents],” explains Managing Director Akhtar Zahid (pictured above), as he considers the spate of high-profile events in recent months.

“We’ve had blips in the past, whether it was SARS, the banking crisis or global recessions, but with being in so many countries, one will be up and others will be down and it balances out. One year there could be two or three things – coronavirus is going to impact everybody – and it’s not just about what we do this year but the next few.

“One advantage of being in food and drink and not automotive, for example, is that you can put off a car purchase for two years, but you need to eat. We export food, so there’s a certain degree of the population who can always afford to buy British food and drink, but the key is thinking long term.”

An outlook focused on tomorrow is probably wise considering the turbulent nature of global current affairs. But there’s little doubt Ramsden International is well connected to what’s going on in the here and now, with an army of international business managers stationed across the key regions they serve to get an on-the-ground read on trends and latest goings-on. 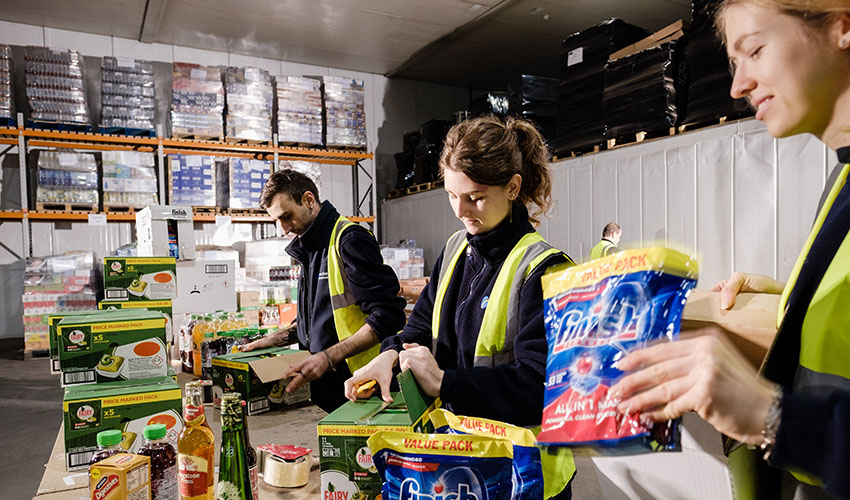 It’s this level of knowledge and expertise that has seen the business establish itself as one of the biggest wholesale exporters of grocery products in the UK, collect an armful of industry awards and expand into more than two thirds of the world’s countries.

“We’ve got people in Australia, North America, Greece, South Africa, Singapore, Hong Kong and Dubai and they each travel around their region,” Zahid says.

“It’s quite expensive to do that but you’re closer to the customer, market trends and in the same time zone. A lot of what we’re trying to do isn’t in a report or documented anywhere, there’s no market insight into retailers and distributors, we’ve got to find it out ourselves. You’ve got to be there, absorb what’s going on and listen to local consumers and businesses.

“It’s not just about selling to a distributor, it’s making sure that business sells on to their customers too. If they don’t order more than once, it’s a waste of time and energy but also damages the reputation of British food and drinks. If one distributor says they’ve tried some British stuff and it didn’t work, they could damage the market for everyone.”

Careful product placement and strategy support have been the pillars of Ramsden International’s success. New markets aren’t simply seen as routes to push the same old products to, with an independent analysis of each region carried out before recommending what might sell where.

When the business first started trading independently of family owned wholesaler Dee Bee Wholesale in the 1990s, the fulcrum of the business was supplying British favourites to expats. That has transformed into identifying regions, such as Taiwan, where consumers regularly spend on the right combination of fine food and branded products transported from our shores.

“The export market is quite fragmented,” adds Zahid. “There are a number of companies that operate on single SKU, high-volume exports and selling multiple containers of the same product, but driven more by pricing than anything else, whereas we work with retailers to supply an international wholesale service to them.

“We work with Nisa and Co-op, so we have access to any of their products and brands, and work with our customers to find out which categories, products, NPD and innovations will work for them and help to grow their business.

“We work with them on a business plan rather than ‘I want that and that’ – we ask why they want a certain product, the role it’ll play and what we see in the market. It’s that specialised wholesale service.”

Ramsden International now sells in excess of 24,000 products to more than 650 customers globally, which is a far cry from the numbers Chief Executive Officer Sean Ramsden (pictured below) inherited when he took over the small export arm of Dee Bee Wholesale fresh out of university. 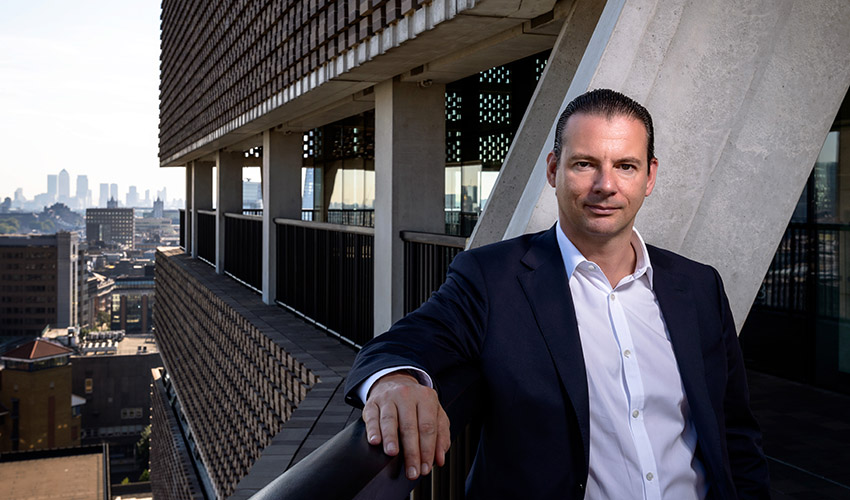 The third generation of the Ramsden family, whose name is synonymous with retail and wholesale in Grimsby, Sean oversaw a boom in export business, split away from the UK-based operation and recorded an average of 27% year-on-year growth across a 15-year period.

“The export story passed down to me was that in 1970, the cash and carry received a letter from a retailer in the Faroe Islands asking to buy a pallet of Goddard’s Silver Polish,” Sean recalls.

“They’d tracked down the nearest wholesaler to Grimsby docks because that was where a weekly ship that sailed between the UK and the Faroe Islands set off from. That was the start of export.

“All through the 70s and 80s, the wholesale business dabbled in export in a reactive way until there was a growth spurt in the late 80s. The creation of the single market in 1991 and the fall of the Iron Curtain created a window of a few years where there was a lot of demand for British groceries from places such as Russia. And because the pound was quite weak at the time, it created a perfect storm of circumstances that drove our business forward quickly. We went from a few hundred thousand a year for export to five or six million.”

That steep ascent hasn’t gone unnoticed, with Ramsden International stacking up 90-odd industry titles, including three Queens Awards. To top it off, Sean’s services to international trade were also recognised with an MBE in this January’s New Year’s Honours List, almost 25 years to the day that he started trading independently.

Brexit poses the next major challenge in Ramsden International’s impressive story though. With nearly 25% of the company’s business based in the EU, the final trade agreement between Britain and the member states will have an impact on business.

Although as a member of the government’s Strategic Trade Advisory Group, Sean is well placed to understand the repercussions, even if he sees Brexit as an opportunity rather than a threat.

“When I got into export 25 years ago, everybody spoke about Republic of Ireland, France and Benelux as the markets we needed to be into,” he explains.

“Honestly, 25 years down the line with the technological advancements the world has made, it seems quite a quaint concept that you should only look at the countries closest to you to export.

“If I was advising a small challenger brand in the UK about their export strategy, there’s clearly some benefits to proximity, but I’d be telling them to look at places like Singapore and Australia, and Asian and North American markets.

“My view is that Brexit was a horrible debate that’s now behind us, so we should try to make it as positive as possible. It’s a chance for the UK’s exporting companies to set their horizons a bit further afield.”

Zahid’s view is similar: “Working with Ramsden International, we export around the world already and the trade relations we have with EU countries aren’t going to be more complicated than, say, in Zambia or wherever.

“If we can get things to Zambia, then we should be able to get stuff to France, Belgium and the Netherlands too.”

As simple as that, the merits of taking a long-term view make perfect sense. It’s an approach seemingly working for Ramsden International, at least.